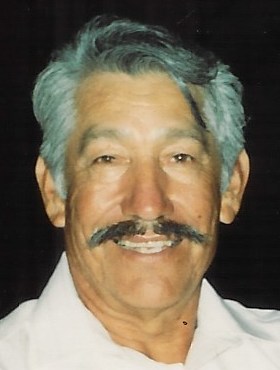 At the age of 18, he came to the United States as a guest worker of the Bracero Program. He worked and lived at Campo Buena Vista in Oxnard and traveled back and forth between Mexico and the United States throughout the duration of the program. During his many visits home, he met the love of his life Luisa Torres Casares whom he married on November 9, 1953. Together they raised four sons and three daughters and put down roots in the city of Camarillo.

Adolfo was a hardworking man who instilled great work ethic in his children. He worked at Adohr Farms Dairy for many years and later worked at Lake Lindero Country Club where he retired and learned to play golf. He became an avid golfer who travelled to Ensenada, Guadalajara, Mexicali, and Arizona to participate in recreational and competitive golf. He won several golf tournaments and was a member of the Mexican American Golf Association.

In addition to golfing, he also loved to travel. He visited Argentina, Brazil, Puerto Rico, the Pacific Northwest and Mexico. He also enjoyed listening to music and some of his personal favorites were Javier Solis, Jose Alfredo Jimenez, Chelo Silva and Nat King Cole.

Adolfo was a self-taught man who excelled in math and loved to read. It wasn’t uncommon for him to give financial advice to friends and family. He was a worldly man who would often engage in conversations about current events, politics, and history.

Adolfo was a trailblazer and great example of the American Dream. He valued the importance of family and community and earned the respect and love of many and for that reason he will be greatly missed.

The family would like to express a heartfelt thank you for the love, support and prayers during this difficult time.

“Say not in grief he is no more – but live in thankfulness that he was.” Hebrew Proverb

To order memorial trees or send flowers to the family in memory of Adolfo R. Ceja, please visit our flower store.