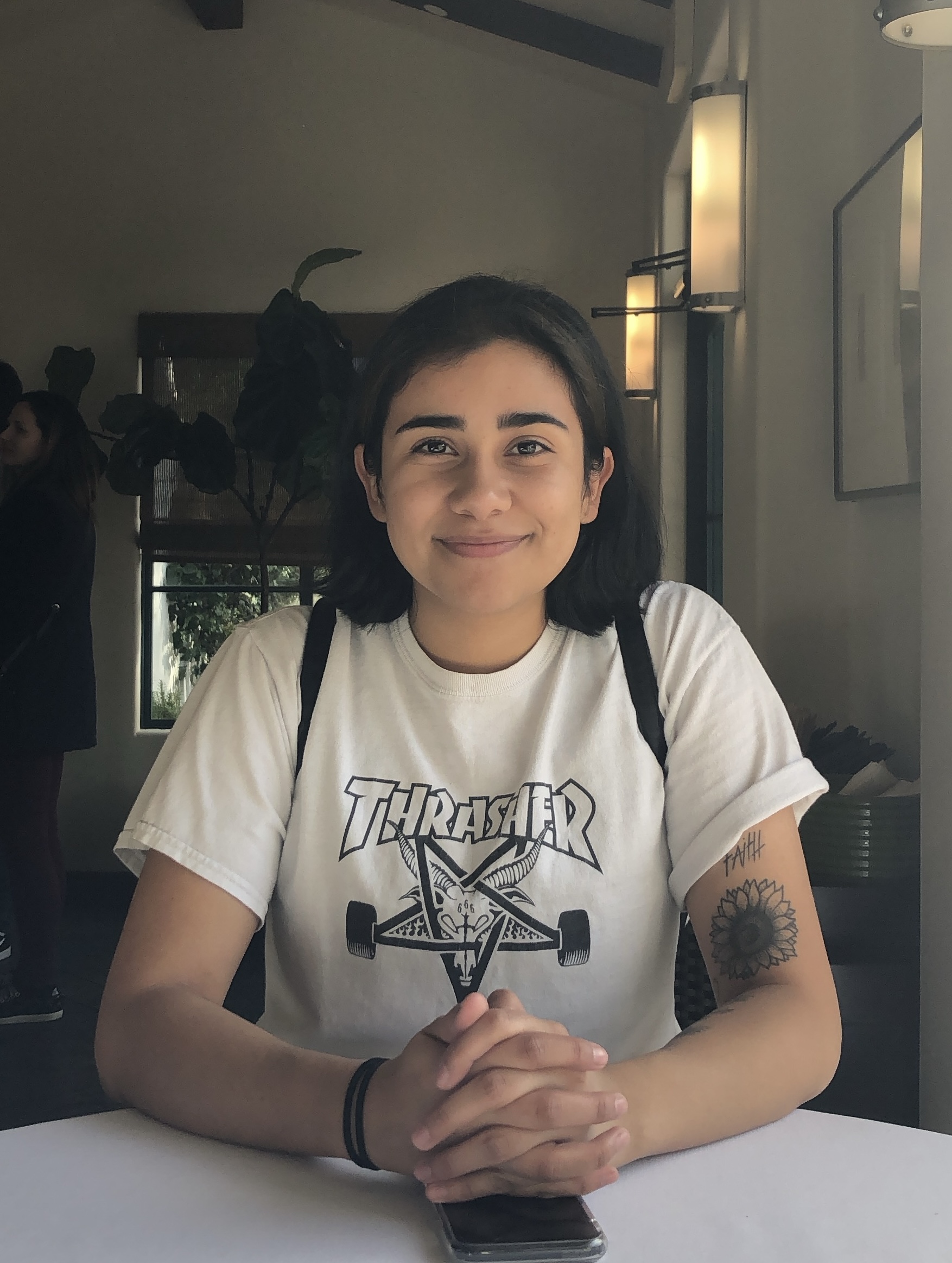 Adriana was born September 5, in the late summer of ‘99. She was born to her parents Maria and Armando. She was born a little sister to Aaron, and would soon become a big sister to Angelica. Little Adriana could not have been any cuter, any more wanted, or any more loved. Even before her first birthday, she had quickly amassed a collection of nicknames given by her favorite fans. In her earliest years, she played soccer, wreaked small havoc with her two siblings, and spent every waking moment in between drinking milk. You could always find her clinging with all of her might to her favorite people. - As she grew, she took on even more nicknames from her younger cousins to whom she was the favorite. Her teenage years brought with them all of her own tastes. She fell in love with music, and art, and made it all an effortless extension of herself. She fell in love with characters in her favorite tv shows and movies. She would corner almost anyone she could into watching them with her and once she had you in front of the tv, there was simply no escape. She was so quickly becoming herself, she had outgrown the world before she made it through high school. These years she spent making friends and adopting family formed the small army of people who got to experience what it was like to love and be loved by Audrey; which was time-proven to be her most popular nickname. In her most recent years she probably spent too much time working but she worked alongside her a few of her best friends and they loved her very much. Audrey spent the better part of her final year experiencing what it was like to fall irrevocably in love and feel it returned in all the ways the could have ever needed. She was truly happy and couldn’t be any more ready for all the adventures that would come next.

Audrey was so talented at anything she decided to try her hand at. Her creative capacity and range was nothing short of legendary, and she showed an unbridled passion and love for creating that most could only want for. The moment she discovered her creative ability, it poured out at the seams. She couldn’t get enough of drawing, and painting, in all the available mediums and unlikely canvases she could get her hands on. These labors of love became one of her favorite ways to show her appreciation and adoration to those she loved, as her became her favorite gift to give. Audrey’s love of music was the only thing that could rival her love for art. She could play the ukulele, the guitar, and even some piano, and famously she loved to sing along to her favorite songs. She had an impeccable taste in music, that was forever cycling, always evolving and truly eclectic.

Audrey was boundlessly loving and affectionate. She was always considerate, thoughtful, compassionate, and too often even recklessly understanding and selfless. She didn’t hesitate to contort herself into a shape that worked for everyone, especially if it could prevent the discomfort that comes with and after bickering. For her mother, brother and sister, Audrey was the most selfless of all of us, the most willing to compromise, and the most forgiving. She made desperate efforts to keep our outings together lighthearted, and easy. She was the self-prescribed glue in our relationships and she humbled us all constantly with her lack of pride. Audrey touched the lives and the hearts of everyone who was lucky enough to have met her, or even luckier yet, to have spent time with her. Audrey had so much love to give that it was only natural that she became a voluntary big sister to several of her cousins, her friend’s siblings, and their kids. They made an exemplary big sister; sometimes even to her older brother. Audrey didn’t have a specific love language, because she craved them all. She loved giving and the feeling that someone had considered her enough to give her something. If she loved you, she wouldn’t let you forget it; she would make all the effort to spend time with you, whether that was making art together, going to get ramen together, hunting for squishmallows, or even just going for a drive with no particular destination with her playlists soundtracking the ride. The thing Audrey loved most in this world was loving, and being loved. Even if she didn’t always know it, she were loved so deeply by so many. She deserved every bit of it, and needed it more than most.

Audrey was a romantic in the purest sense. She was a critical thinker, capable of understanding all the feelings and emotions that come with looking at life in the way she did. Life through Audrey’s eyes was a beautiful one, but the warmth of the sun is not without a blinding light. She leaned into it all. It made her sad, and caused her so much heartache, but it gave her so much perspective. Her struggle shaped them into who she was, but it never defined her. Through all of it she only came out wiser and more herself. Audrey was complicated but she did not complicate things. She was vulnerable and fragile and tenacious. She was irresponsibly generous, and understanding, and yet still knew how to stand up for herself. But the most uncomplicated, objective truth about Audrey was that she was an absolutely and abundantly beautiful person inside and out.

Audrey’s time here ended suddenly. In truth, even an eternity from now would have been an eternity too soon, but she will never be gone. She lives on in the hearts of every single person who had the opportunity and pleasure of knowing and loving her. She takes breath in every memory shared, her warmth lingers in all the places her presence leaves an absence, her laugh rings in every joke she ever told us, she smiles back at us in every photograph, and her voice echoes in every conversation shared with her. She lives forever in all of us.

To order memorial trees or send flowers to the family in memory of Adriana Rose Anaya, please visit our flower store.