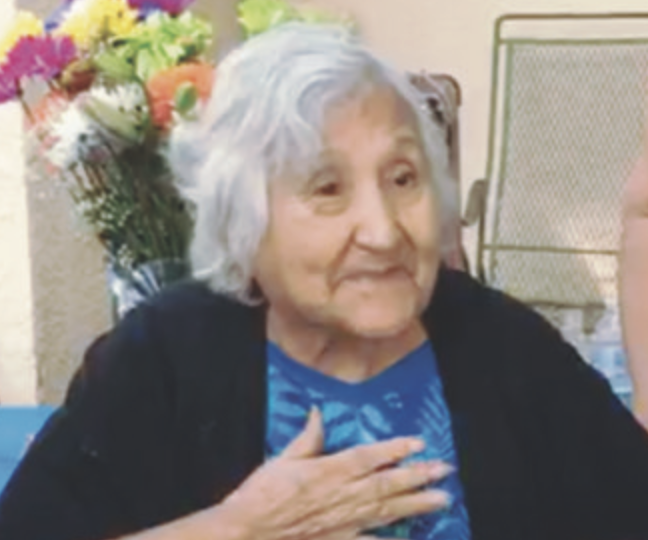 As a resident of Laredo she attended Martin High School and graduated Laredo Business College. While in Laredo, she lived through the great depression and witnessed the global impact of World War II. She shared with her children how they survived the Depression by raising their own crops and live stock. How she would milk the cows for breakfast and pluck the chickens for dinner. She recalled how busy the town became as a result of all the service members who reported to Laredo Air Force Base. She likened those stories of combat to her father’s exploits as a Soldado of the Mexican Revolution.

Josie yearned to be part of the American Industrial Explosion and left Texas as a young woman to seek work in Chicago where she started her family. She would later move to Detroit, Michigan to join the Ford Motor Company as a clerical worker. She was enticed by the call to the Golden State of California. Not to prospect for gold, but to till the farmlands of in the then migrant community of Moorpark.

It was there Josie joined the Community Service Organization (CSO) and assisted the future United Farm Worker leader Cesar E. Chavez in advocating for voter education and participation of the Chicano-Mexicano community. As a result, decades later, one of her daughters would open up the first UFW office in the Oxnard area on Cooper Road. The results of her diligent work as a political organizer caught the attention of the Viva Kennedy campaign putting Oxnard on the presidential campaign trail. Her work as an organizer would lead two of her sons to follow in her foot steps and also become political strategist, putting in work on local, state and national campaigns.

She finally settled down in the coastal town of Oxnard during the early 60’s. Josie continued her community service there by becoming a community worker. She used her bilingual skills to assist indigent locals along with migrants and their families in receiving the legal, health and academic services they deserved. During the early 60’s, Josie and five other Colonia families sued the Oxnard School District for discrimination. As a result, a United States Federal Court made a ruling that forced the desegregation of the OSD, creating pathways for a better quality of life for African American and Chicano-Mexicano families. It was one of her proudest moments as a community organizer and mother. The County of Ventura recognized her value and hired her as an official Community Worker. In that capacity she organized Christmas in the Barrio programs, access to social services, served as a Parent-School Liaison, organized a County sponsored food pantry program and through the HUD 235 program, helped low income families qualify for their first home.

She was preceded into heaven by her parents Jose and Luz Aguilera Sanchez, her sisters Isabela and Marina, grandchildren Alejandro Adalberto Salinas, Jose Luis Sainz and great-grandchild Michael Anthony Treviño, Jr. She is survived by her sisters Maria and Acuncion, her seven children; Jose B. Salinas, Adalberto L. Treviño, Ruth S. Treviño, Luzette M. Treviño, Lilia E. Treviño, Diana I. Peralta-Trevino, Pablo Treviño, along with 67 grand, great and great-great-grandchildren, plus numerous nieces and nephews throughout Texas .

A special thank you to the staff of St. Johns Hospital, Pleasant Valley Hospital and the Livingston Memorial Hospice Program.

A viewing from 4 to 9pm, with a Rosary Service at 7pm has been set for Friday April 12 at the Perez Family Funeral Home located at 1347 Del Norte Road in Camarillo. A Mass service will be conducted on Saturday April 13, 2019 at the Perez Family Funeral Home starting at noon with the burial to follow at 1:30pm at the Santa Clara Cemetery located at 2370 North H Street in Oxnard. A reception will follow at her home after the burial.

To order memorial trees or send flowers to the family in memory of Antonia Sanchez, please visit our flower store.