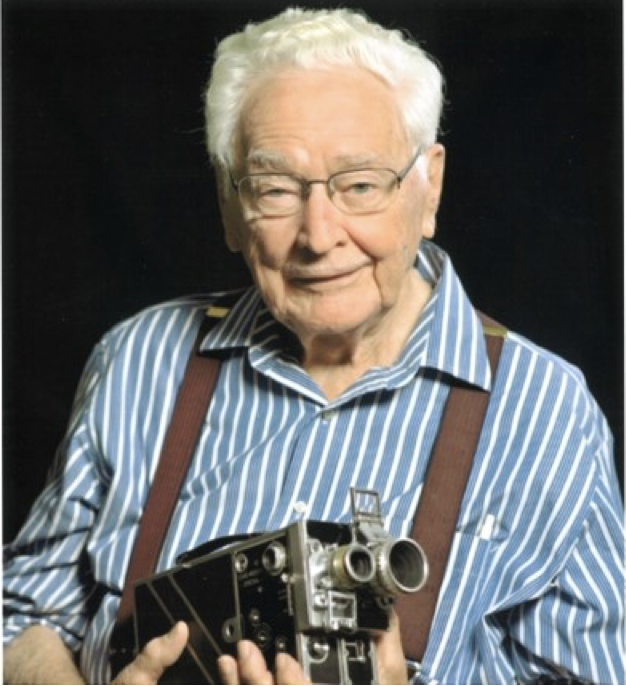 Passed away on September 12, 2018 at Los Robles Hospital in Thousand Oaks, California.  Loving husband of the late Germaine Girardot.  Beloved father of Christiane and Claudette.  Arthur was loved by all he touched and will be truly missed by family and friends.

Born in Humboldt, Saskatchewan, Canada, Arthur moved at an early age to Chicago, where he was raised, and later enlisted in the U.S. Army Air Corps in November 1942.  He completed his training with the first Motion Picture Unit in Culver City, California before being deployed to England in November 1943 as part of the 4th Army Air Force Combat Unit.  Arthur arrived in France six days after D-Day where he documented six military campaigns throughout the war. In April 1945, he was part of the first camera crew to film the liberation and atrocities at Buchenwald Concentration Camp.

Among the significant military awards that Arthur received for his contributions during WWII include the Air Medal, the EAME Campaign Medal with 6 battle stars, the World War II Victory Medal and the Good Conduct Medal. In April 2010 Arthur received a medal from General David Patraeus, Commander, U.S. Central Command, commemorating the 65th Anniversary of the liberation of the Nazi Death Camps.

And in November 2016, the French government awarded Arthur the prestigious Chevalier de la Légiond’Honneur medal for his military contributions in France.

While in Paris during the war, Arthur met the love of his life, Germaine, whom he married in France, June 1945.  After the war, Arthur moved to the Los Angeles area, started a photography studio and later had a long career as an insurance representative with the Automobile Club of Southern California.

Throughout his life, Arthur was surrounded by educators, which included his wife and two daughters.  As a participant in the Veterans History Project, which was established by the U.S. Library of Congress, Arthur also contributed to education, by sharing with younger generations his own experiences during World War II.

In recent years, Arthur experienced the increasing effects of Alzheimer’s disease and then suffered a mild stroke on July 28, 2018.  After undergoing six weeks of  rehabilitation, he passed away at 7am on Wednesday, September12, 2018.

In lieu of flowers please consider making a donation to The Alzheimers Association, and The Heart & Stroke Association.

To order memorial trees or send flowers to the family in memory of Arthur James Mainzer, please visit our flower store.