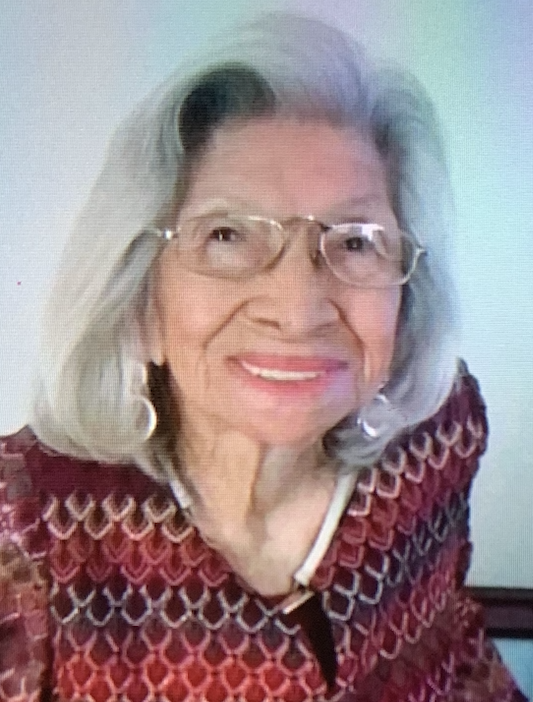 Aurea was a devoted wife, mother, grandmother and friend who passed away peacefully on August 5th, surrounded by her extensive family.  To call her devoted, however, hardly scratches the surface of who she truly was.

Aurea was born in San Felipe, Aztatan Nayarit on March 11th,1922, to Ignacio Valdez and Nazaria Someda. She was the second born of six children.

In1938, her life took a turn towards her eventual destiny.  It was then when Aurea met and fell in love with the love of her life, Jose Maria (Chema) Valdez.  They married, and he journeyed to the United States in the bracero program. He was able to bring Aurea and their  children to Las Cruces, New Mexico. They eventually immigrated to Ventura County. The relationship between Chema and Aurea, a perfect example of true unconditional love, formed the framework for a thriving homestead.  She worked for 20 years at Sunkist packing house, where she developed life long friendships. The next years were spent devoting herself to raising eight children, as well as maintaining the most loving, caring, and fun household.  Their greatest enjoyment came in being surrounded by family and friends. Any event was a reason for a celebration in the Valdez household. Aurea was a wonderful cook, she would spend hours in the kitchen preparing her delicious mexican dishes for these many gatherings.  Mole was her specialty, but whatever her children requested on their birthday was lovingly prepared.

Aurea was very proud of herself when she became a United States citizen.  She was a longtime member of St. Mary Magdalen Chapel in Camarillo, and a member of the Guadalupanas, where she continued to share her talents in the kitchen making tamales for fundraisers and giving her time.  After fulfilling and blissful later years, life began to take its eventual toll. On August 5th, 2019, at 97 years old Aurea passed away peacefully. What she gave to this world cannot ever properly be written or spoken.  Her unconditional love, her nurturing spirit, and her astounding strength continue to pay themselves forward within all her children, grandchildren, great grandchildren, and friends. We all owe Aurea our eternal gratitude for sharing and instilling within us her qualities.  She will be profoundly missed. The earth has lost her finest example of love, but Heaven has gained a saint. May she rest in deserved peace.

To order memorial trees or send flowers to the family in memory of Aurea R. Valdez, please visit our flower store.