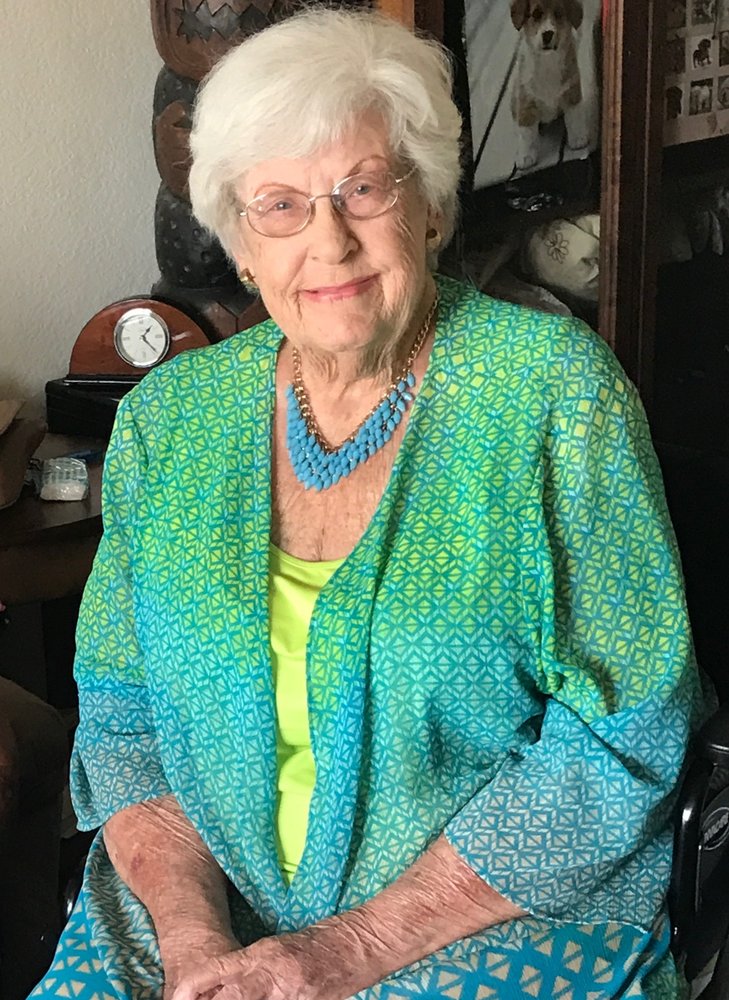 Mrs. Barbara Garner passed away peacefully in Irvine, California, on Thursday, May 31, after a brief illness.

Barbara was born on December 22, 1929 in Inglewood, California. After living in Henderson, Nevada for a couple years during World War II, she returned to Southern California where she graduated from Inglewood High School. She went on to complete two years at El Camino College.

As a young woman, Barbara worked at Hughes Aircraft in West Los Angeles. Barbara married the love of her life, Jack Garner, in 1955. They settled down in Culver City, California where Barbara worked at Bank of America and later retired after 25 years of service.

Barbara was preceded in death by her parents, Richard and Hedie Olson, her brother, Donald Olson, her husband of 38 years, Jack Garner and her daughter-in-law, Louise Garner.

Barbara is survived by her sons William Garner of Ventura, Curtis Garner (Lorena) of Ventura, John Garner (Theresa) of Simi Valley and daughter Nancy Swanson of Foothill Ranch. She also leaves behind 11 grandchildren and one great-grandson all of which she adored and lived for.

Barbara will always be affectionately remembered as a beautiful, kind, giving and loving mother, grandmother and friend that loved her growing family, anything sweet, reality tv and USC football games. She could always be counted on to send a card for every birthday, anniversary or graduation. Barbara would always consider others long before giving a thought for herself.

A graveside service will be held for Barbara on June 7, 2018 at Holy Cross Cemetery in Culver City.

To order memorial trees or send flowers to the family in memory of Barbara Jean Garner, please visit our flower store.