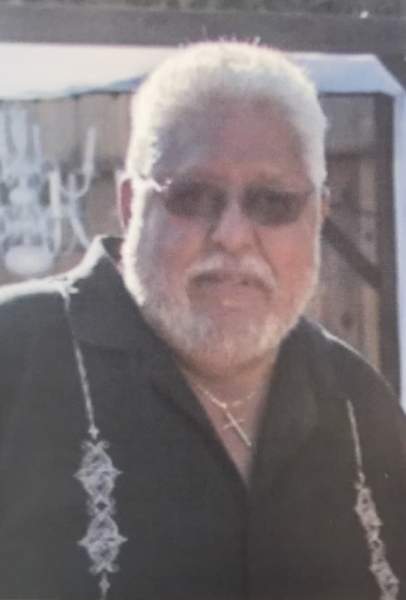 Benjamin Dominguez, Sr. "BIG BEN" passed away suddenly on January 27, 2021. Benjamin was born 04/03/1948 to Jenny Yabarra and John Dominguez. He was a long life resident of Moorpark he married the love of his life Mary Rivas, where they worked together at a Chicken packing house in 1966. He enjoyed his yearly trips to Laughlin and he loved watching his western shows. He was a die hard RAIDER fan. Ben had a heart of gold and would do anything for his grandkids Marlena, Mallory, Andrew and little Benjamin Henry. He leaves behind his wife Mary, daughter Julie Cabeza, son in law Leonel, son Benjamin Dominguez Jr., girlfriend Adrienne Fuentes, sister Rebecca Fitzpatrick and extended family. Benjamin worked for Rocketdyne / Boeing for 42 years, he had strong family values and spoke of his family with warm affection. He will be missed immensely and will forever live in our hearts and memories. He is preceded by death by his parents, sister Rachel Davalos and brother Ernie Dominguez. The Dominguez family would like to thank you for your thoughts and prayers during this difficult time ahead.
To order memorial trees or send flowers to the family in memory of Benjamin Dominguez, please visit our flower store.