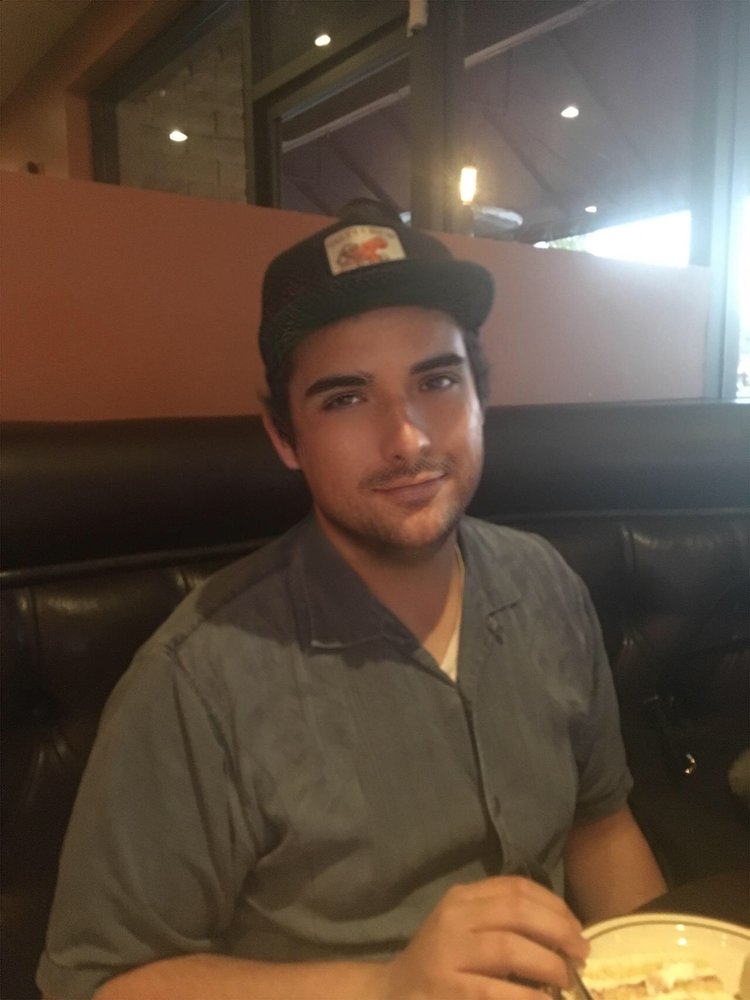 To the memory of Christian Philippe Arnaud, a marvelous brother, son and friend. Christian passed peacefully the morning of Monday, September 10th of 2018. He was born on the 17th of July in 1997 into the family of Eric and Sherri Arnaud. Two short years later he welcomed his little sister Sascha into the world and he went from being a son to being a protective big brother. Christian worked two jobs one at the local Corner Bakery in Simi Valley and one in sales at Golden West, also in Simi Valley. Christian was a charismatic boy; from a young age he showed so many characteristics that truly showed how big his heart was, he loved so strongly, deeply and he was quite sensitive. He was able to brighten anyone’s day from cracking a joke or giving a funny look. He had a laugh that was so contagious to anyone he came across. Christian tended to show his love through his cooking skills (which were incredible) for anyone who had a mouth he was willing to go above and beyond in the kitchen, this was truly his passion. Along with this he was an animal lover, especially to the Pit Bull breed, Christian had all these ideas of how he was going to change the way this breed was looked at and how he would help them. He was always willing to give guidance to those he loved even when he was the one who needed it himself, with his helping hands and incredible hugs he was able to offer a peace of mind to all. His memory and soul will live on in those whose hearts he touched and he won’t ever be forgotten. I'll end on this quote, “We little knew that morning that God was going to call your name. In life we loved you dearly, in death we do the same. It broke our hearts to lose you, you did not go alone. For part of us went with you, the day God called you home. You left us precious memories, your love is still our guide. And though we cannot see you, you are always by our side. Our family chain is broken and nothing seems the same. But as God calls us one by one the chain will link again.”.

To order memorial trees or send flowers to the family in memory of Christian Phillipe Arnaud, please visit our flower store.