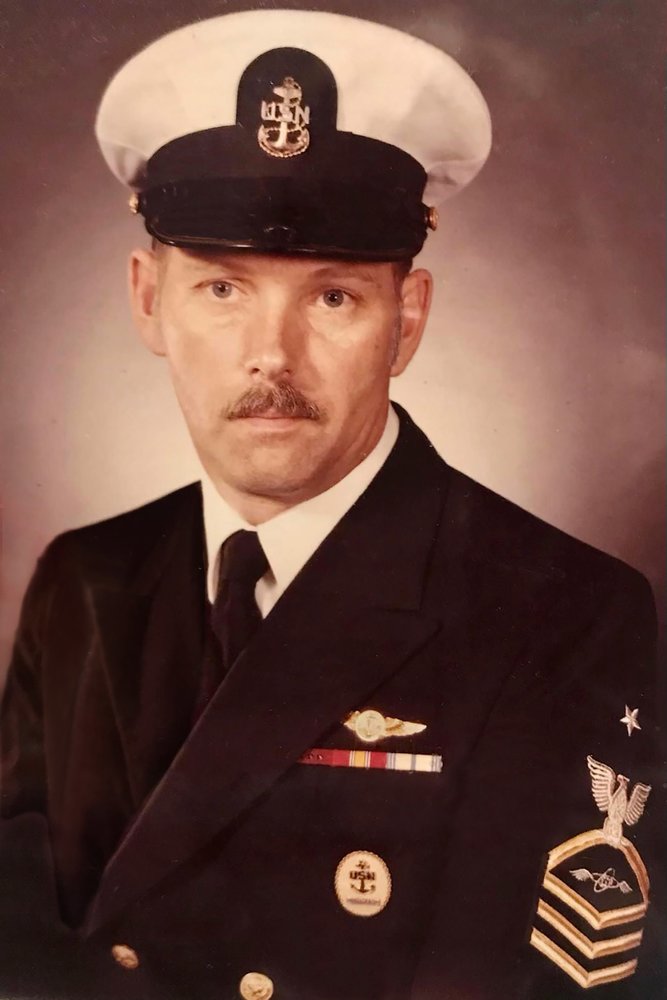 Darrell Lee Silvey, 83, passed away peacefully at his home in Oxnard, Ca. on Sunday, February 28, 2021. Darrell was born on November 17, 1937, the fourth of six children, to Marion Wesley and Lua Verle (Vincent) Silvey in Woodson County, Kansas at the family farmhouse built in 1926 by Grandfather Lyle Silvey. He attended rural schools before graduating from Yates Center High School. In 1955, he enlisted in the United States Navy and trained in Naval Aviation Electronics. He was honorably discharged in 1959 and returned to Kansas to work in various civilian jobs. In 1962, he married Paulette V. Sorenson and moved to Kansas City, Mo. In 1964, Darrell re-enlisted in the US Navy and the majority of his career worked as a crew member on C118 transport aircraft landing in all 50 US states and many international destinations. He retired from the Navy in 1985 at NAS Pt. Mugu, as a Senior Chief Petty Officer and settled in Oxnard, CA, with his wife and three daughters. He continued working for RCA, GE, and Lockheed Martin. During this time, Darrell pursued his college dream by attending Oxnard College and the University of LaVerne, completing his MBA at the age of 54. After retiring from Lockheed Martin in 1995, he bought Earl’s TV repair business and worked for the 2000 census. Darrell and Paulette were longtime members at South Coast Fellowship in Ventura. They shared their faith through testimony and mission trips and became licensed ministers. Darrell’s biggest testimony was witnessing the power of prayer after recovering from a near-fatal heart attack and being resuscitated three times. By the grace of God, he lived another 13 1/2 years enabling him to witness his youngest daughter’s marriage and meet his youngest grandchildren. He devoted the remainder of his life sharing his faith and lovingly caring for his wife. Darrell is survived by his wife of over 58 years Paulette; his daughters Carrie Weal (Paul), Lorrie Ammann (Les), and Melanie Anello (Josh); eight grandchildren, Aaron Silvey, Cade and Ella Ammann, Sean and Megan Weal, Sophia, Emmalie, and Joseph Anello; brother Duane Silvey (Edie); and many nephews and nieces. He was preceded in death by his parents, Marion and Lua Silvey, sister Lila Ann Driskill, and brothers, Marion Jr, Burton, and Larry Joe Silvey. A small memorial service will be held at Perez Family Funeral Home on March 30, 2021. Graveside service with military honors will be held at Riverside National Cemetery on March 31, 2021. In lieu of flowers, memorial contributions may be made to Voice of the Martyrs.
To order memorial trees or send flowers to the family in memory of DARRELL LEE SILVEY, please visit our flower store.