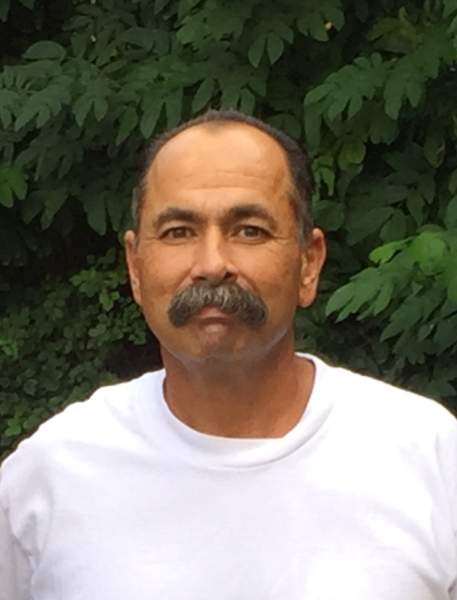 David Barrera passed away in Moorpark on Sept. 21, 2021 at the age of 56. David was born on Aug. 1, 1965 in Camarillo and raised in Moorpark. He will be remembered as a man with a gentle disposition and pleasant nature but a sly sense of humor. He was generous with his time, always going out of his way to help others in need, especially family. He loved working outdoors and spent years working in construction helping to build and repair homes around Moorpark. He was a fan of the Miami Dolphins football team and was an avid movie watcher, enjoying everything from westerns and science fiction movies to Bruce Lee movies. He also loved sweets and had a particular affinity for Little Debbie products. His family remembers him as a sharp dresser, always putting care and effort into his appearance. He had three children with his former wife Dobbie: Cassie Castro, David Barrera and Sky Barrera. He also had three grandchildren: Alexa Barrera, Mia Barrera and Caleb Barrera. David and Dobbie remained close after their separation. He was an attentive and loving grandfather, affectionately called “Papa”, and would play and walk with his grandchildren in their strollers. He would buy his children and grandchildren toys and help with their homework. David will also be remembered as a man of faith who prayed often with and for others. He will be remembered as a loving father, grandfather, brother and son. He will be missed. He is survived by Cassie, David (wife Martha), Sky and his three grandchildren in addition to his mother, Velia Barrera, father, Rigoberto Barrera, and siblings Jaime Barrera (wife Mary), Maria Barrera, Paul Barrera, Michael Barrera, Rosanna Salgado (husband Sergio) and Javier Barrera (wife Diana). David also leaves behind dozens of nieces, nephews, cousins and extended family members who remember him fondly. A public viewing will be held from 2 p.m. to 6 p.m on Oct. 6 at Perez Family Funeral Home at 1347 Del Norte Road in Camarillo. A public funeral Mass will be held at 10 a.m. on Oct. 7 at Holy Cross Church in Moorpark. The Mass will be followed by a public burial ceremony at Assumption Catholic Cemetery in Simi Valley.
To order memorial trees or send flowers to the family in memory of David Barrera, please visit our flower store.

Rosary will begin at 6pm