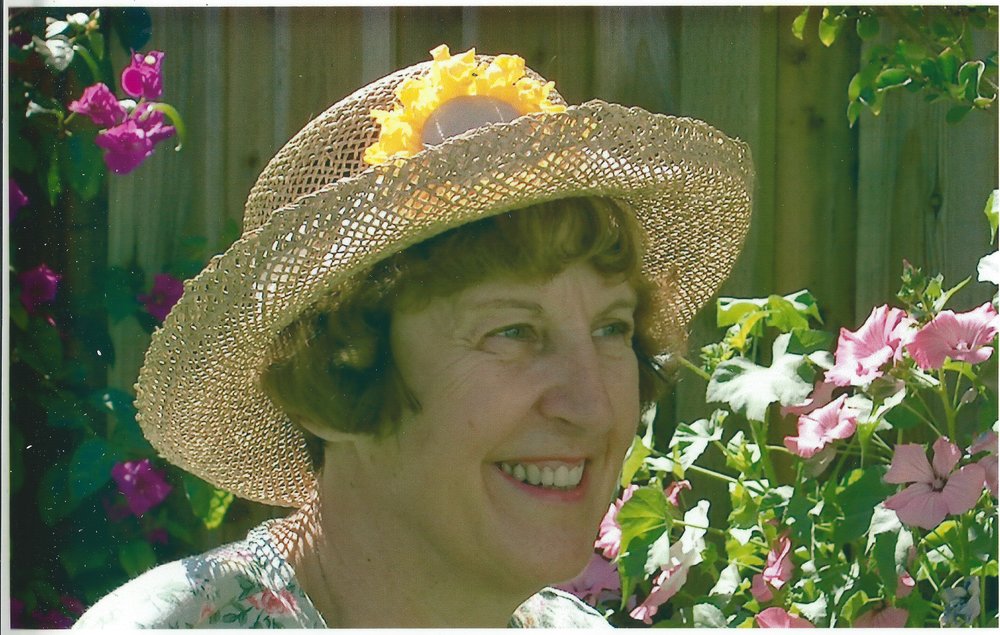 Dorothy E. Vincelette, 79, passed away peacefully on the afternoon of July 8, 2018 at her home in Moorpark, CA in the presence of her loving family. The Lord finally called her to his side after an eight-year struggle with Atypical Parkinsonian Disorder. She has left a very large void in the lives of her husband of 54 years, Richard Vincelette; her three sons, Alan, Scott, and Michael; her three daughters-in-law, Lisa, Genevieve, and Gallina; and seven grandchildren, Madison, Jacob, Victoria, Alexander, Gabriella, Charles, and Alexandra. She is also survived by her brothers, Thomas and Hugh Kuzara, and her sister, Mary (Kuzara) Vincelette, as well as numerous nieces and nephews.

Dorothy was born on December 7, 1938 in Cheyenne, Wyoming to Marie (Martcie) Kuzara and Walter Kuzara. She grew up in Billings. Montana, where her parents ran a small grocery store. Her strong faith and belief in the goodness of God was instilled by both her parents and attendance at Catholic schools. She graduated from Central Catholic High School in the spring of 1956. She and her sister Mary were hired to spend that summer working as “cabin girls” at a motel in the small mountain town of Silvergate, Montana, located near the northeast entrance to Yellowstone National Park. There they met the “Vincelette Boys”, Richard and his cousin Darold. Richard had worked since he was 14 years old at Larson’s Motel, owned by his aunt and uncle, during the summer tourist season, and at the age of 17 he met and fell madly and hopelessly in love with Dorothy. Darold and Mary had the same connection and were married a year later.

Dorothy attended Gonzaga University in Spokane, Washington for four years and obtained a B.A. degree in education. She spent the next three years teaching grade school at various locations in the western United States, including a year volunteering at a Jesuit Boarding School for Native American children in Copper Valley, Alaska. Then fate or the hand of God intervened again, and Dorothy returned to Billings, Montana to be near her sister, Mary in 1963.

At the same time, Richard, who had obtained a B.SC. degree in Geological Engineering from Montana Sch. of Mines, and a Ph.D. in Geology from Stanford University, returned to Billings to work for Shell Oil Company. There, Richard’s dream came true and he was able to marry the love of his life on November 28, 1964. For the next 54 years, Dorothy became the rock of the family, giving birth and faithfully raising three boys while moving to whatever town her husband’s job required, including Denver, Colorado; Houston, Texas; Bozeman, Montana; Healdsburg, California; and finally to Moorpark, California to live with her oldest son, Alan and his family.

Words cannot fully express the love and care that Dorothy provided for her family over the years. She was the most tender wife and mother. Her children in particular fondly remember the after-school snacks she unfailingly had waiting for them at home and the care packages with her scrumptious cookie bars that she sent them monthly while they were away at college. Even during the final few days of her life on this earth, she always awoke with a beautiful smile on her face. At night, when they turned off the lights to go to sleep, her husband would always say “Goodnight, Dorothy, I love you” and she would reply “Goodnight, I love you too.” Even though she is no longer with us, he still says the same thing every night before he goes to sleep.

Dorothy Vincelette loved flowers, ballroom dancing including the waltz, foxtrot, polka, and jitterbug, dining out, watching golf and Wheel of Fortune on tv, and margaritas.

Dorothy Vincelette will be interred at Assumption Cemetery in Simi Valley following a memorial mass at Holy Cross Parish in Moorpark at 10:00 A.M. on Monday, July 23rd.

To order memorial trees or send flowers to the family in memory of Dorothy Ellen Vincelette, please visit our flower store.