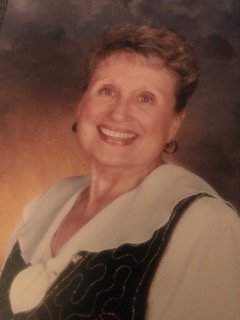 Florence Teresa Duncan, 96, passed on August 22, 2020. She was born to John Reese and Ann Reese in Chicago, Illinois on September 26, 1923. She had two sisters, Adell and Lorraine, where Flo was the eldest. She graduated high school in 1939 and married the love of her life, Wayne Duncan in 1943, during WWII, where he was a sailor in the U.S. Navy. During WWII, Flo (as she preferred to be called), worked for the government as a decoder, making sure the enemy was not privy to where the American military were stationed. She also worked for Lockheed Corporation. Flo and Wayne lived in Des Plaines, IL, where they raised two boys, Larry and Tom. In 1967, Larry had a daughter Chadney, which allowed them to raise their first granddaughter. They moved to Buffalo Grove, IL. where they lived with Flo's mother, Ann, until they decided to move to San Jose, CA, then eventually Simi Valley, CA, where they remained. Flo is survived by her granddaughter Chadney Duncan-Pauley (her kindred spirit), Chadney's beautiful son, Ian Pauley, her one and only great-grandson, as well as Chadney's husband Joe Arquilla. She is also survived by her second granddaughter, Bre Mitro and Bre's husband Tim Mitro. In addition, she is survived by her son Larry Duncan and his wife Jill Duncan, and her son Tom Duncan, and his wife Sandy Duncan. Flo and Wayne camped often with Chadney, and they belonged to the square dancing group, The Boots 'n' Slippers. Flo was part of the Garden Club of Simi Valley, and later part of The Polish Womens' Alliance. Flo's husband passed in 1987, making her the head of the family, where she did not falter, and showed her courage and strength. Florence still has numerous friends and family members who cherish her memory and mourn losing her. She will always be remembered for the loving and beautiful soul she was, proving Angels do exist on Earth.
To order memorial trees or send flowers to the family in memory of Florence Duncan, please visit our flower store.