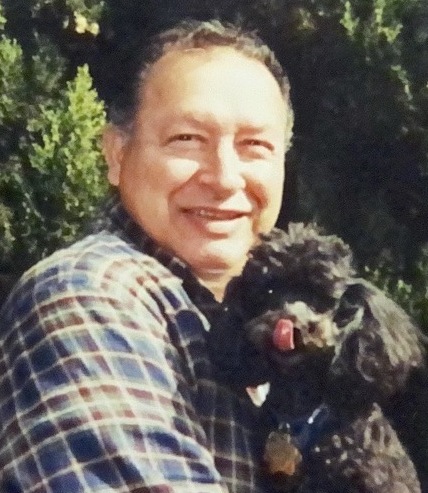 In Loveing Memory Fred "Emilio" Aceves, 85 of Oxnard went with the Lord on June 4th, 2021, after a long term of illnesses. He will be reunited with his father Emilio, mother Mary, brother Richard and sister Margaret. Fred was born in Moorpark, CA on January 30th, 1936 to Mary Sanchez Aceves Valdez and Emilio Aceves. He has been a resident of Oxnard where he raised his family. He is survived by his wife Ramona, son Leonard, daughter Valerie (Fred) and his two granddaughters. He will also be missed by his siblings Henry, Johnny, Terry, Carmen, Annie, Eva, as well as cousins, nices, nephews and extended family. Fred was a veteran who served as a nurse in the U.S. Air Force from June 1954 to July 1957. His command was 2349th Hospital, Parks U.S. Air Force base, Dublin California. The experience he had in the service brought him to Ventura County Hospital where he worked for 33 years. Fred met his wife Ramona through family. They got married July 4th, 1964 and have been married for about 57 years. Fred loved his family very much, he enjoyed taking pictures at family gatherings. In his younger years he enjoyed fishing and camping with his family. He enjoyed football as a San Francisco, 49ers fan and would often get fired up with his son Leonard rival team Rams. He loved watching movies, especially scifi and action. We will miss Dad's smile, sense of humor and his love for all of us. You will always be in our hearts. In this time of trial and testing, teach all of us to love one another and to be patient and kind. As we have all been affected by COVID-19, the family understands that while social distancing protocols will be followed, some may be more comfortable offering prayers from afar. Services: On October 4th, 2021 services will held at Perez Family Funeral Home ( 1347 Del Norte Rd, Camarillo, CA 93012) from 10am to 12pm and graveside services will be held at Santa Clara Cementary (2370 N. H St, Oxnard, CA 93036).
To order memorial trees or send flowers to the family in memory of Fred Aceves, please visit our flower store.