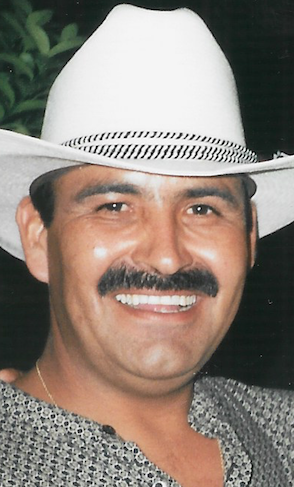 He was born November 13, 1964 in Sinaloa, Mexico to Ramona and Guadalupe Ibarra.

He was born and raised in Tecomate, Sinaloa. Where at a very young age he quit school to start working in order to help this family. In 1981 he followed his sister Martha Alicia to Oxnard, CA in search of a better life. While searching for work he took the role of apprentice under Andy Anderson in A. Anderson Plastering. After nearly a decade, he then went on to become self-employed. While living with Martha, Israel’s soulmate lived across the street unbeknownst to both of them, fate would bring them together. Martha having a pre-existing friendship with Lidia, introduced them to each other. And the rest was history, they got happily married on July 7, 1990. Israel was a very family oriented man, whether it was his role as father/brother/uncle everyone was bound to experience joy and laughter. He regularly strolled the swap meet on Sunday mornings with his daughter, he lived for family gatherings at his sisters every Sunday, to flying down to Sinaloa and surprising his mom on Mother’s Day. When we think of Israel the quote that comes to mind is, “Happiness is only real when shared”, that’s how he lived.

He is survived by his wife Lidia; his children Rebecca and Israel; his sisters Martha Alicia, Teresita de Jesus, Romelia, Manuela, Trinidad and his brothers Jose Luis, Fernando, Ruben, Angel.

He is preceded in death by his loving parents Ramona and Guadalupe.

To order memorial trees or send flowers to the family in memory of Israel Barraza Ibarra, please visit our flower store.

Rosary will begin at 7pm

Our Lady Of Guadalupe Church

Burial to follow at Santa Clara Cemetery in Oxnard