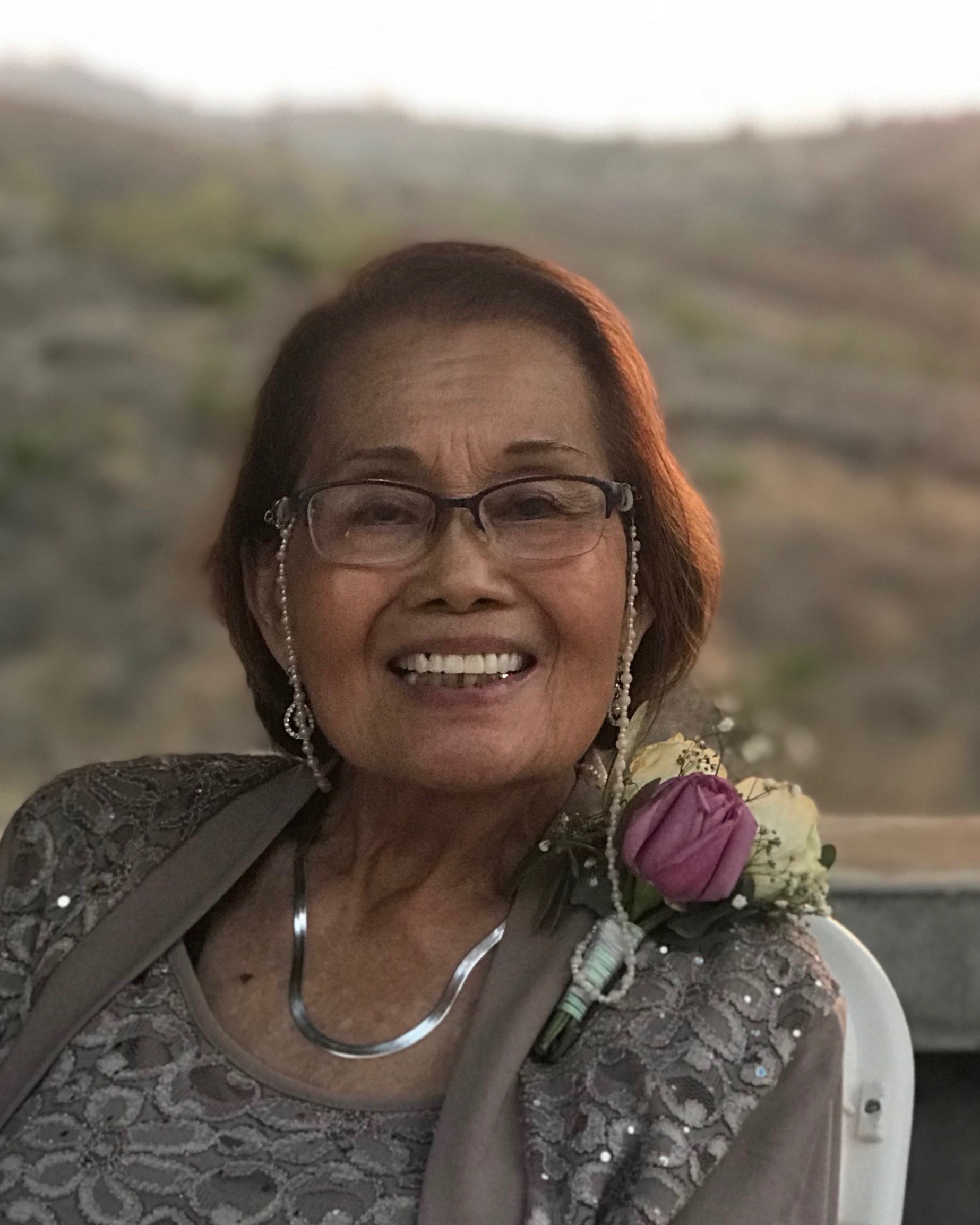 Janet (Mema) Irreverre Yandle passed peacefully surrounded by family on December 3, 2022.  She was a fighter and lost her long battle to cancer and renal failure.

Janet was born on September 16, 1932, the daughter of Lydia and Abraham Irreverre, in Siniat, Ilocos Sur, Philippine Islands. She was the second eldest of 10 children. She graduated high school in Vigan, Ilocos Sur.

In 1949 she married Leon G. Ines, who was in the U.S. Navy, and in 1950 she immigrated to the United States while pregnant with her first child Lydia Ines (Womack). She arrived in Alameda, California as a young bride in a new country.  They settled in Oxnard, CA, in 1951, where Janet and Leon had two more children, Leon Abraham Ines and Daniel David Ines.

In 1957 she was very proud to become a United States citizen. She started her career as an LVN in 1963. After 36 years in that profession, she retired from Community Memorial Hospital in 1999.

In 1972, she met the love of her life, Kenneth J. Yandle, and they were married shortly after. They spent the rest of their lives together until Ken was called home in 2006.

Among many other things, she enjoyed sewing and bowling in her younger years and especially enjoyed shopping at the mall or on QVC. Some may have called her the QVC Queen. She and Ken had a passion for gardening, and growing plumerias was one of her favorites. She enjoyed traveling, but most of all, she enjoyed being with her family. Her favorite baseball team was LA Dodgers and she never missed watching the Dodgers play. She will be deeply missed by all her family and friends.

To order memorial trees or send flowers to the family in memory of Janet I. Yandle, please visit our flower store.