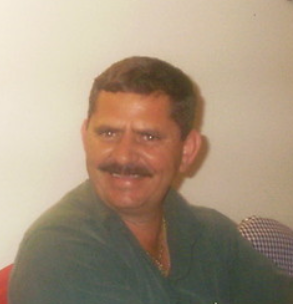 On June 29th 2018 Jesus Anchondo, 56, passed away peacefully, he spread his wings and began his flight in Heaven. He is survived by his wife Maria Elena Anchondo, His Daughters Silvia Graciela Anchondo Juarez/ Hugo Alberto Carmona Mora, Diana Esperanza Anchondo Juarez/ Miguel Angel Chavira Carrasco, His sons Jesus Anchondo, Luciano Anchondo. Stepdaughters Jessica/ Tony Foster, Jennie/Jason Alameda, And many loving Grandchildren, His Father Ramon Anchondo, brothers & sisters Carmen Anchondo/Consuelo Perez, Luz Maria Anchondo/Juan Gonzales, Ramon/Sandra Anchondo, Martha Anchondo, Jose/Ana Anchondo. He was born on April 18th 1961 in Chihuahua, Chihuahua Mexico. He was raised in Mexico and accomolished many things. He was a police officer for the Mexican Government and an EMS for many years. He then continued his journey in the US working in California, He had many skills and worked in many fields including Automotive repair, Car salesman, computer specialist, a car enthusiast, and even had a small business at some point. He finished his final years working at Skyline flowers where he met many great people. But the most important Job Jesus had was being wonderful Husband, Father, Brother, Grandparent, and son.. There is nothing he would not do for his family,  always putting them first before anything.. Jesus, thank you for the knowledge, the strength, the Love, the happiness, and most importantly all the beautiful memories you have left us with, you will truly be missed, but you will forever be in our hearts.  "Te Quiero"

To order memorial trees or send flowers to the family in memory of Jesus Anchondo, please visit our flower store.