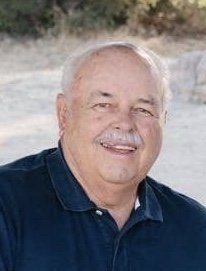 Jim retired as the HVAC Mechanic from Moorpark College in 2010.  He was preceded in death by his parents and his brother, J.D. Owen.  He is survived by his wife of 53 years, Delpha; daughter’s Shari & spouse Darin Brown, Julie and spouse J.T. Tedder; grandchildren Samantha & Abigail Tedder, Kaitlyn & Adam Brown, and many nieces and nephews.

Family, friends and others whose lives Jim touched are invited to a graveside service at the Santa Paula Cemetery, 380 Cemetery Road, Santa Paula, CA 93060 on Tuesday, March 19 at 11:00 am.

To order memorial trees or send flowers to the family in memory of Jim Ray Owen, please visit our flower store.