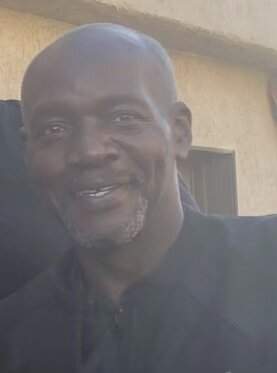 JONATHAN "JOHNNY BOY" EVERETT November 6, 1959 - February 18, 2022 Jonathan was born in Ventura California on November 6, 1959. He grew up in the Oxnard community attended Channel Islands High School from 1973 until he became of age to join the Army at 17. This noble young man actively served his country for 6 yrs and 4 months (2 yrs 10 months of foreign service). At the age of 24 his term of service expired and he was honorably discharged. He then moved back to Ventura County where he was a long life resident. Johnny loved to ride motorcycles, watch boxing, eat sweets, fascinated with all machinery . Johnny Boy's being & aura will always be inimitable. He was born blessed with ingenuity and would use that gift to serve those around him in the community. He had a genuine smile/laugh that will not be forgotten. His outlook on life was positive and he was a free spirit. Johnny Boy had the capability of fixing anything. He enjoyed helping friends repairing everything from cell phones, cars, houses, appliances, tools, & anything that was in his capability. He was happy to be of service to all in the community. A friend to many and loved greatly by his family. He is preceded in death by his parents Ethel Anderson & James Everett , sister Carolyn Dallas, and brother Seth Everett. He is survived by his loving son Jonathan " Johnny Boy II " Everett Jr, brothers, Gerald Johnson & Stefan Johnson and sisters Gwendolyn Johnson, Penelope Day, Nona Adkins, Courtney Everett; & a whole host of nieces, nephews, cousins and Talanoa Family & friends.
To order memorial trees or send flowers to the family in memory of Jonathan Everett, please visit our flower store.