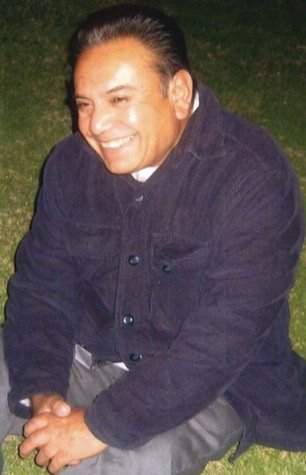 Jorge “Georgie” Ventura passed on to be with the Lord on June 20th, 2018 at the age of 66. August 16th, 1951 Georgie was born in Oxnard, California to Helen Ventura and Sabino “Mike” Ventura. He was raised in the city of Moorpark, California along with his five brothers. At the age of 18, Georgie married Marylou Gonzales in 1969. During their 15 years of marriage, they had their only child, Lisa Helen Ventura. Lisa was Georgie’s pride and joy and they never left each other’s side ever since. As his occupation, he was a machinist for many years. He enjoyed working on his old cars and like he used to say he was the “taxicab” for his grandchildren to all their sports and events.

Georgie was a very loving, kind and giving brother, father and grandfather. He had a smile that could light up a room but you would be lucky if you could catch it on camera. He had a laugh that could never be forgotten. Family was always a priority in his heart. The Lord gave him the strength to fight the battle he was up against for 11 years.

To order memorial trees or send flowers to the family in memory of Jorge "Georgie" Ventura, please visit our flower store.