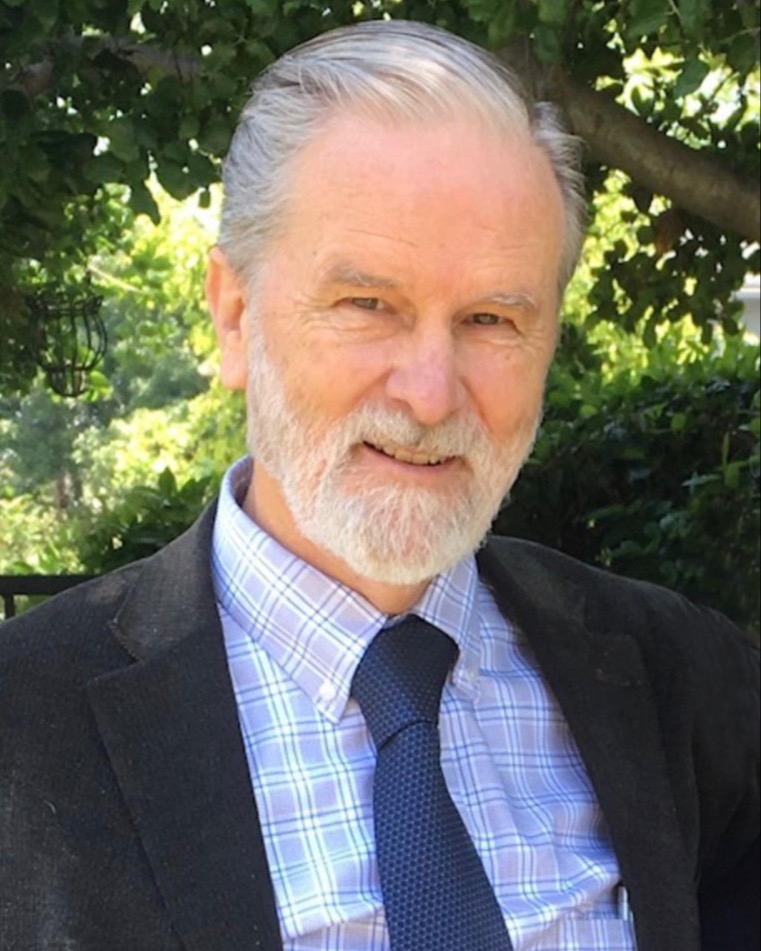 Laurence Leo Shields, known to his friends and family as Larry, was born on April 26, 1944 in Salt Lake City, Utah, to Francis and Helen Shields. Helen was English by descent and Francis was Irish. Larry was the third of four children. The family moved from Salt Lake City to San Francisco, near the Sunset District in the late 40’s. One of his earliest memories was following his siblings up a ladder onto the roof of a nearby house when he was three. However, unable to climb back down unassisted, he needed to be rescued by his mother.

The family subsequently moved to Richmond, CA. When he was 9 years old, he began his job as a newspaper boy, which he kept up to the age of 15. He attended Saint Mary’s College High School in Berkeley. In his teenage years, he would bowl with his mother and her friends on Wednesday nights and enjoy Japanese food on the way home. He also spent time at Golden Gate Fields, watching the horse races.

Larry matriculated at Saint Mary’s College of California in Moraga. As an undergraduate, he studied under Thomas Aquinas College’s founding president, Dr. Ronald P. McArthur. While at Saint Mary’s College, his mother, betting on a racehorse, won the Daily Double, $800 at the time. She gifted him $10 of the proceeds, and he promptly bought a nice hardbound copy of Newton’s Principia, inscribing it with “Captain Jiffy,” the name of the winning horse.

Larry’s future spouse Linda Mahy lived a street over from him. They met in high school and spent much time together with a group of mutual friends. Their love grew through the years, and by college they were dating. Linda came into the Church when she was eighteen, largely through the witness of Larry’s life and love of Christ.

Just after graduating from college, he married Linda on June 12, 1966. He took a Civil Service Test for the Post Office and received the industrial route at Point Richmond. After leaving California to earn his master’s degree and complete his doctoral studies in the history of science at Princeton University–in the days when Thomas Kuhn was on the faculty–he taught at the New Jersey Institute of Technology in 1971–1972, before rejoining Dr. McArthur at Thomas Aquinas College in 1972, its second year.  In 1978, Larry and Linda moved to Ojai when the college moved its original campus from Calabasas to Santa Paula.

Larry served at Thomas Aquinas College for the remainder of his life, over 50 years. He had a way of drawing students into the excitement of the intellectual life. His greatest passion was the teaching of Sacred Scripture. He had an ability to break open God’s word to all those around him.

Larry loved his Catholic faith, his beloved wife Linda, his family, his job, his colleagues, his students, and his many friends steadfastly. Larry and Linda have been parishioners at St. Thomas parish in Ojai for the last 44 years where many of his friendships were formed.  He was a humble and dedicated man. He never ceased to pursue the truth for its own sake, with a deep sense of wonder.

On Friday, November 11th, Larry passed away peacefully while preparing for his afternoon class. He spent the day engaged in one of his greatest joys, guiding his students in the pursuit of knowledge. We will deeply miss his kindness and twinkling eyes, his gentle sense of humor, and his genuine fascination with every person he ever met.

Eternal rest grant unto him, O Lord, and let perpetual light shine upon him. May his soul and all the souls of the faithful departed rest in peace. Amen.

In lieu of flowers, please consider a donation to Thomas Aquinas College in memory of Laurence Shields.