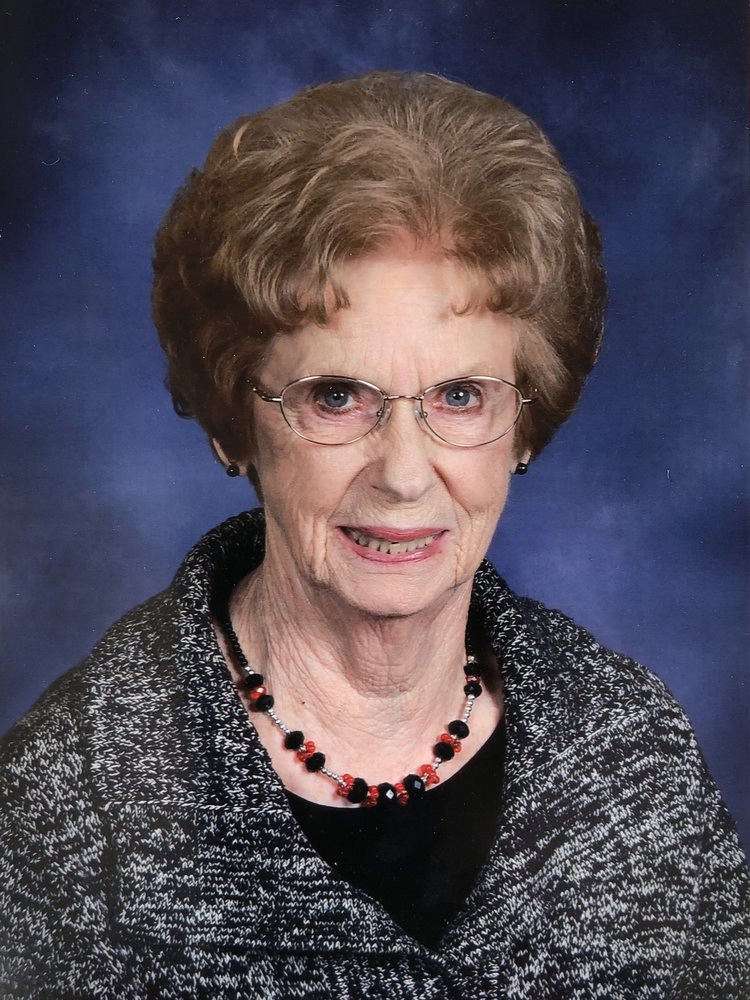 Lorraine Genevieve Mullen, 91, passed away Monday, June 15, 2020. Lorraine was born in the small town of Wells, Minnesota on January 4, 1929 to Andrew and Elizabeth Tatarek. At the age of 22, she drove with friends to California and worked in civil service in Oakland. There, she met and married Lawrence “Larry” Mullen in 1954. Larry was in the U.S. Navy and the growing family moved numerous times coast to coast until retiring from military service in Camarillo in 1970. They raised five daughters: Kathe, Jean, Carolyn, Mary, and April. Following her vocation as a homemaker, Lorraine attended Ventura College graduating with an Associate’s Degree in Psychology in 1990. Lorraine was an active member of Saint Mary Magdalen Church for 50 years serving as a eucharistic minister and greeter. She was a member of the Young Ladies Institute, small church community, and parish adult education classes. She loved to travel with Larry in their 5th wheel throughout the U.S. and Canada. They also took trips and cruises to many places around the world. She would like to be remembered as a “good parent, good spouse, and a good friend.” She is survived by daughters Kathleen, Jean Anger, Carolyn Searle, Mary, April Day, and stepson, Tom; 12 grandchildren; 11 great-grandchildren; sister Delores Doering and brother Andy Tatarek. She is preceded in death by her husband, parents, and brothers Conrad, Chuck, Eugene, and Ronnie Tatarek. Funeral services will be held at a later date to be announced. Arrangements are under the direction of Perez Family Funeral Home, Camarillo. In lieu of flowers, the family requests that donations be made in Lorraine’s name to Life Centers of Ventura County, www.vclifecenters.com, 600 North A St, Oxnard, CA 93030.
To order memorial trees or send flowers to the family in memory of Lorraine Mullen, please visit our flower store.