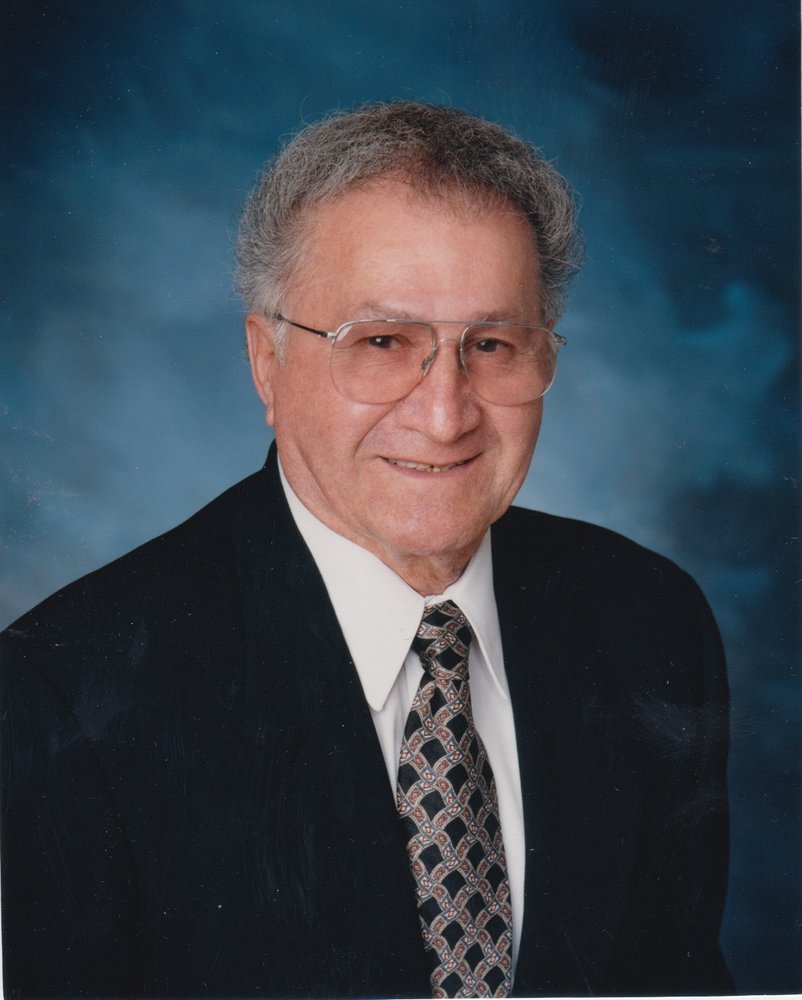 Manuel "Manny" Posas Hernandez Camarillo, CA Manuel "Manny" Hernandez retired Real Estate Broker passed away peacefully on Tuesday November 13th at the young age of 97. Born on November 5th, 1921 in Coyoacan Mexico, he emigrated with his mother, Eustolia Hernandez, to Oxnard when he was 7 years old He was a devoted son and took care of his mother her entire life. He served in World War II with the US Army AF in Iceland where we became naturalized as a US citizen and proudly served his country as a military guard and led the troops in fitness training. He took up boxing and soon developed a life long love of the sport.  Manny had a entrepreneur spirit and began a career in the bar and restaurant business with the Diaz Cafe which soon became known as Manny's Cafe. After other business ventures he opened the Casa Tropical in 1963 with the love of his life Carole Hernandez. Together they operated this locally famous nightclub & dinner house known for it's fabulous food and Sunday radio amateur hour for the next 10 years.  Manny and Carole were inseparable and souls mates in every aspect of their lives. In 1973 they made a huge career move and became Realtors with Forest E. Olson in Oxnard. This began a 40 year career in a business that they both loved and excelled at on all levels. Manny went on to become a Commercial Broker at Avalon Realty and he was involved in The Exchange Club & development & land sales. Perhaps the most memorable was his development of a 72 acre parcel that is now an industrial park on Flynn Rd. in Camarillo. He loved Bullhead City and he and Carole spent much time going back and forth to oversee his many business ventures there. During this time that started M/C Associates after Carole also received her Brokers License. They went on to affiliate themselves with Fred Sands Real Estate, Prudential California Realty, & Berkshire Hathaway HomeServices. They were known as the #1 Broker Duo and received countless awards and accolades during their impressive career.  Manny lived a full and beautiful life and was loved and respected by all who knew him. He was a good man and a gentle soul who had a way of making everyone he met feel special. He was devoted to his family and loved them deeply and unconditionally. He spent countless hours attending sporting events for his grandchildren and would video tape their games with a smile. He always had a shoulder to cry on and good advice when needed. He had a great sense of humor and nicknames for those he loved and we cherished him in return. There were many family trips to Lake Arrowhead, annual Christmas Eve parties, and Easter Brunch & celebrations at Las Posas Country Club.  Manny was an avid golfer and enjoyed many happy times hitting the course with his son George and their golf buddies. His favorite local golf venues were Las Posas & Spanish Hills but he never missed a chance to play in a tournament or hit a bucket of balls. He introduced his Grandson Brandon to the game of golf and this was a source of joy for both of them. He and Carole enjoyed vacationing in Acapulco and "Cruising" with friends to new & exciting places. Manny served as a board member with The Salvation Army for numerous years and gave of his time willingly to benefit his community.  Manny will be hugely missed by his family and friends, but most especially by his deeply devoted and loving wife Carole. Their love for each other was endless and they treasured every day they were able to spend together. They recently celebrated their 50th wedding anniversary on July 23rd of this year.  He is preceded in death by his son George Hernandez and his step-son John Parker. He leaves behind his devoted wife Carole, Daughter Rosanne Rodriguez-Marek and her husband Don. Grandsons, Roy & Ryan Rodriguez, & Great-Grandchildren Justin, Jessica and Evan Rodriguez. Step-Daughter Julie Knutson and her husband Dennis. Grandchildren, Brandon Knutson and Linsey Williams and her husband Craig. Great-Grandchildren Sarah & Abigail Knutson and Gavan, Waylan, Owen, Emma & new baby Flynn Oliver Williams.  A Rosary & Funeral Mass will be held on December 4th at St. Mary Magdalen Chapel on Ventura Blvd. in Camarillo. Rosary at 9:45 am and Mass at 10:00 am. Private family burial to follow. Please send condolences to Perez Family Funeral Home or donate to The Salvation Army in his honor.

To order memorial trees or send flowers to the family in memory of Manuel Posos Hernandez, please visit our flower store.