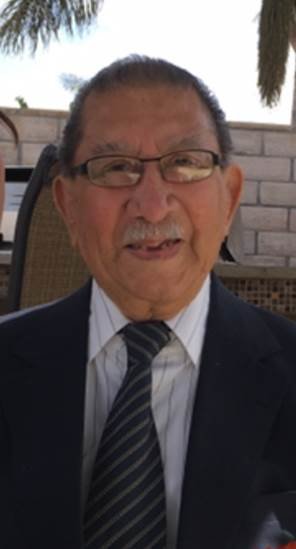 Martin Robert Villegas, 86, died peacefully in his Oxnard, CA home with family, June 18, 2018. He is now reunited with his sweetheart, Cecelia, parents Martin Ernest Villegas of El Rio, CA and Teresa Chavez of San Luis Potosi, Mexico, Grandson George Rodarte and Brother Patrick Villegas.  The Villegas family arrived in Ventura County in 1899. Martin was born August 24, 1931 and raised in El Rio. His love of baseball started at an early age playing in El Rio and Oxnard, a baseball fan to the end.

Martin proudly served in the Army which took him overseas to Germany. While in Europe he traveled to Italy, France and Spain. Upon his return he met and married the love of his life, Cecelia Morales and together they raised a family. He retired from the Labor’s Union Local 300 with 25 years of service, building many hospitals and commercial buildings in the LA area.

To order memorial trees or send flowers to the family in memory of Martin Villegas, please visit our flower store.