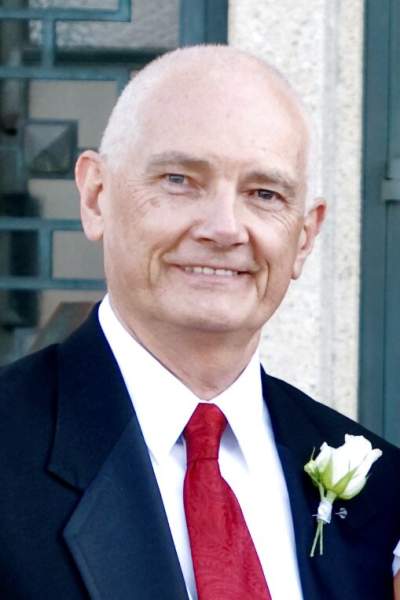 Michael (Mick) Eric Fowler, a beloved Husband, Father, and Papa, peacefully slipped away from this life on January 30, 2022. Michael was born in the Midlands of Birmingham, England, on July 25, 1948, to Mary Louisa and Eric Adolphus Fowler. Growing up in Birmingham he attended an all boys school and because of Mick’s upbringing valued a no nonsense solid work ethic. Mick was a creative individual and spent all his career and life connected to the entertainment field. Early in his career Mick with his great love and natural talent (inherited from his Mother) became a professional touring musician, recording engineer and house producer for Phillips records in England eventually turning his recording skills toward TV and Film. As a child Mick was first introduced to the guitar by a neighbor and at the age of 12 was gifted his own guitar. After completing his levels of secondary schooling Mick while working for an advertising agency pursued his music, joining a group that had him spending several formative months in Germany and Switzerland playing six hours a night and two matinees on the weekends, an action that many famous bands including the Beatles endured in this almost obligatory “training ground” as Mick would say. Brutal hours and conditions magnified his qualities of dedication and commitment to both person and musician. As a young man he played for numerous groups in Britain and Europe. Being drawn into the culture of yellow suits and blue guitars of the genre, Mick toured Europe and South America in Argentina, Uruguay and Brazil with the Grapefruit (started by the Beatles) and later recorded albums with Fynn McCool under RCA Records. In Mick’s words getting a ride home with George Harrison and chatting with him about songwriting and philosophy (mainly listening) was one of Mick’s cherished musical memories. He created a successful jingle business for commercial ads while living in the Bahamas. On a local level his music brought new friends and families together creating associations of lasting friendships. When circumstances dictated working in the employment mainstream he switched his audio experience to his chosen metier as a Production Sound Mixer for many network television shows, film production, commercials and documentaries. His professional work as a Sound Mixer eventually won him several Emmy nominations, an Emmy and a Cinema Audio Society Award for his work on “CSI”. He enjoyed sharing his craft and mentored at the Maine Media Workshops and the New York Film Academy. Mick loved chocolate and ice cream—such food was never safe in our house and before anyone knew it, all the chocolate and ice cream would magically disappear. Chivalrous and always one to teach us children the “proper” way to use a knife and fork, Mick loved nearly all things English—Downton Abbey, PBS Masterpiece, English humor (which we still don’t understand!), trousers not pants, cheese, and of course a classic English breakfast! Though American chocolate would suffice most of the time, he was always a sucker for authentic Cadbury’s chocolate and loved any time anyone would smuggle some to him. He loved teaching people and had an amazing gift with words, especially nicknames. Mick was always so creative and hilarious with his impromptu songwriting skills. His gift for music was evident at all times throughout his life, forming and play with bands any chance he had. He passed that musical influence on to his children and grandchildren—most of us can’t look at a piano or guitar without thinking of him. He could play nearly any song on any instrument at the drop of a hat and played an integral role in the family halau (Hawaiian music/hula group). He had many gifts and loves in this life, but none more so than turning off lights in the house and doing the dishes, especially on Thanksgiving! Most of all, Mick had grown in testimony and unwavering commitment to his faith, his fierce love for his wife and family. He was humble about his talents and achievements. Being in the film industry, Mick spent many long hard hours working to provide as much as he could for his family, always without complaint. Mick was ever concerned about making sure we were all taken care of, down to his last moments on this earth. He said at one point early in his life that an experience showed him he would one day come to know Jesus Christ. Though at the time, he did not know how this would ever happen, after meeting and marrying the love of his life and learning more about Christ from her and others, he gained a strong conviction of the Savior. This love for and faith in Jesus Christ permeated and over time, changed and added another dimension to who he was. As so many would attest, he shared Christlike generosity, compassion and love with everyone whose lives he touched. Mick will be dearly missed however, we are forever grateful for the eternal love we share. Mick is survived by his Wife, Charla (Dolly) Fowler; Sister Erica Fawkes; Stepsons and their spouses, Robert and Ashley Congelliere, Brian and Anne Congelliere; Son James Dyer, and 9 grandchildren, two Nephews and their extended families and a bunch of Ohana! A Hui Hou Kakou..until we meet again! Facebook Group Page for Michael Fowler: https://www.facebook.com/groups/1856818301183270 (Copy & Paste on new window) Hyperlink can also be found on dropped down tab for mobil devices or on left hand side tab for desktop devices.
To order memorial trees or send flowers to the family in memory of Michael Eric Fowler, please visit our flower store.

The Church of Jesus Christ of Latter-day Saints