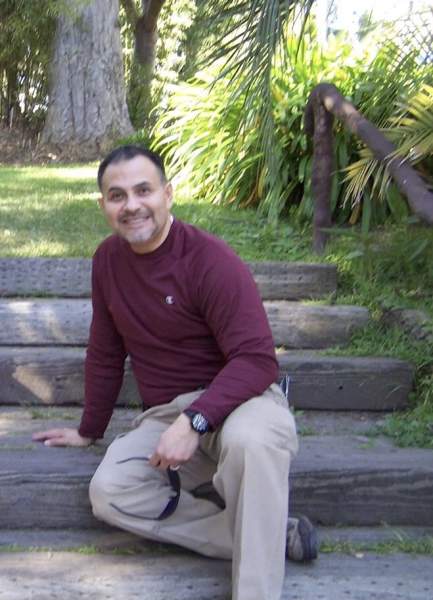 Noah Parada, of Moorpark, passed away due to a long, hard-fought battle with heart disease. Just like he dealt with all experiences in life, Noah managed his illness with unrelenting strength and wanted to spend as much time with his loved ones as possible. On his final day, June 28th, 2021, he was surrounded by his family in the peace and comfort of his home. Noah was born in El Salvador on November 13, 1967 to the late Armida Parada and Isidoro Alvarez. He arrived in California in 1981 with his family, living in Los Angeles briefly before settling in Glendale, where he established many lifelong friendships. He attended Glendale High School and played on the football and track & field teams. Playing football made such an impact on his life that after graduation he returned to his alma mater to become an assistant football coach. Noah was a proud veteran that served in the Army Reserves and earned tuition to fund his certifications in computer technology. He opened his own computer technology consulting business and for a short time was also an elementary school computer teacher. In November 2001, Noah married Anna and they had two daughters, Amanda and Cassandra. Noah had an immense devotion to his family and was a proud “Girl Dad.” Noah enjoyed golf, US history, Star Wars movies, technology, attending sporting events and watching all sports on TV, listening to music, cooking, tacos, ice cream, hot wings, reading and staying updated on worldly events. His most favorite pastime was spent with his family taking his daughters to and from soccer practice during the week and his weekends were dedicated to watching their games. Noah was a generous, hardworking man always willing and able to help anyone with their computer issues. He had a sense of humor that could bring a smile and laughter to just about anyone. Noah is survived by his loving wife Anna (née Ceja) of nearly 20 years, daughters Amanda and Cassandra; his siblings Jose (Maria), David, Nila, Martha and Leticia and many beloved nieces and nephews. He was preceded in death by his parents. To send flowers to the family, please visit the Tribute Store or in lieu of flowers, memorial donations can be made in his honor to the American Heart Association (www.heart.org).
To order memorial trees or send flowers to the family in memory of Noah Wilfredo Parada, please visit our flower store.