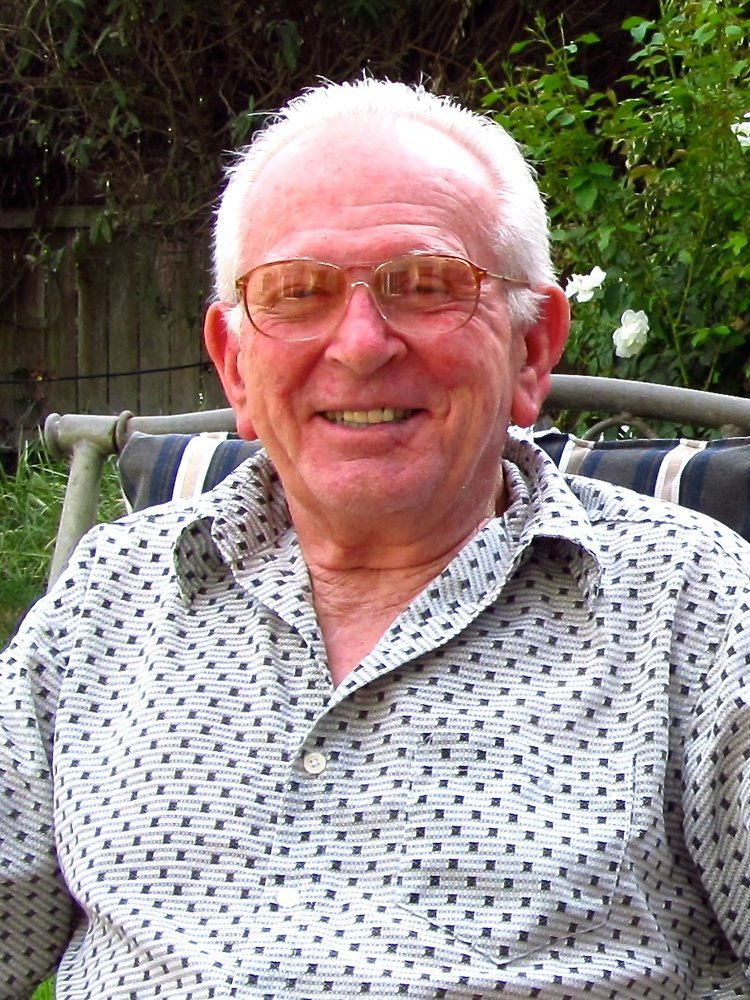 Perry Victor “Vic” Smart, 86, passed away peacefully to be with his Lord on

Vic passed from heart failure, but in life his heart never failed.

He was born on December 7th, 1931 in Walnut Bend, Texas to John Abraham and Vera Mae (Hunter) Smart, and was one of eight children.

As a child, Vic’s family left Texas to join relatives in California, where they first lived in Bryant’s Farm Camp in Buttonwillow, and later moved to Adamson’s Camp in Shafter.  Due to World War II, there was a shortage of able-bodied men within the agricultural sector, and Vic was only thirteen when he started driving a tractor and working the fields.  He graduated from Shafter High in 1949, where he played football and was one of their most improved students.

With the outbreak of the Korean War, Vic was drafted into the Army in 1952, and he completed his basic training in Monterey.  In 1953, he volunteered to serve in Korea, where he fought in active combat for two months before taking a mortar shell to his left side.  He was hospitalized for a year while recovering from major injuries and was awarded the Purple Heart for his bravery.

In 1954, Vic relocated to the small town of Bloomington in California, where he re-connected with Joyce Sims.  The Smart and Sims families had known each other when Vic and Joyce were babies, and she had always been the love of his life.  They were married on January 5th, 1955 and bought their first home during the same year.  In 1958, Vic enrolled in barber school, and ultimately opened his own shop, Vic’s Magnolia Street Barber.

Vic and Joyce had two children – Karen in 1962, and Gary in 1965.  Over time, they also opened the Smart Style Beauty Salon in Bloomington, and Vic owned another one-chair shop in the small mountain hamlet of Wrightwood, where the family moved in 1967.  In 1972, Vic settled his family in the town of Camarillo, where Vic and Joyce purchased a drive-in restaurant on Ventura Blvd named Frosty’s.  Eventually, Vic moved into the car sales business, working locally for Kirby and McConica Motors. In 1983, he and Joyce moved to Thousand Oaks and Vic transitioned into part-time work in property rentals and investments.

All who knew Vic, knew of his love for his family.  He excelled as a father, grandpa, and more recently, great-grandpa, and based his life on the premise that the most important investments one can make are those of quality time and unconditional love. He always stood firm for what he believed in, and was known for his witty sense of humor, endless generosity and astounding ability to stand strong in the face of adversity.

Vic’s family is comforted in the knowledge that he is now reunited with his Mother, Father and seven siblings, who all passed before him: Ruth Blanton, William “Bill” Smart, Lila Taylor, Leatrice “Fay” Tudor, Oleta Foster, Bonnie Lewis and Troy Smart.

The family wishes to especially thank our family of wonderful caregiver angels who helped to care for Mr.Vic so well, especially his “buddy” Natalie.

He will be dearly missed.

A private family service is being planned to celebrate Vic’s life.

For those who would like to make a charitable donation, Vic and Joyce have supported the Disabled American Veterans (DAV).  Donations can be made in his honor via the DAV website at: https://www.dav.org/

To order memorial trees or send flowers to the family in memory of Perry Victor Smart, please visit our flower store.