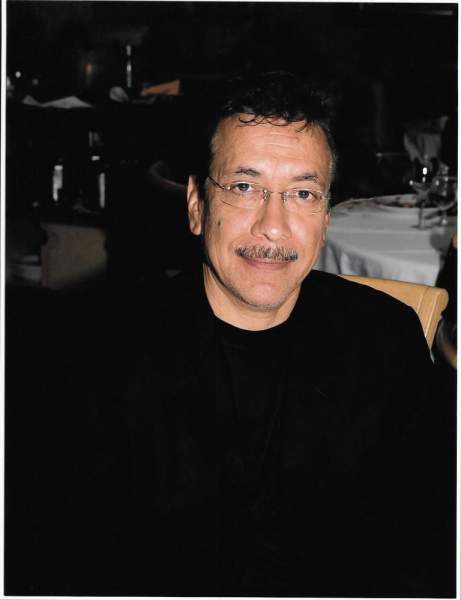 Ricardo Rivera Ramirez entered into eternal rest on Friday, April 19, 2019 with his devoted wife, Imelda, by his side at his Oxnard residence.  Ricardo was born in Oxnard, the youngest of 7 children, to Salvador Adame Ramirez and Josephine Gonzalez Rivera. He was a devoted son, caring for his elderly mother as a single man and a married man.  He attended local parochial schools at Our Lady of Guadalupe Elementary and Santa Clara High School, graduating in 1968.  As a young boy, he had embraced a strong work ethic: he shined shoes at the neighborhood barber shop, harvested walnuts with the family, later, as a young man worked at Mission Linen.  He returned to school, attending the University of California, Santa Barbara. While attending, he was an advocate for the social and political issues of the time, and formed a strong life long bond with his ‘Bros’; graduating with a Bachelors in 1975.  Growing up across the street from Christ the King Church on Cooper Road, Ricardo served as an altar boy, and at times, serving the entire schedule of masses when there were ‘no shows’.  Word was he was going to become a priest, thus his nickname, Bishop.  In his teen years, he became Uncle Rick, a role he fulfilled with much joy, love, pride, and devotion, and mentor to his much loved nieces and nephews. He married his Corazoni, Imelda, after having met her on an attempted blind date when he was 19yrs. and she was 16yrs.  Later in life, GOD’s timely plan brought them together, in which they were blessed with 24 years of marriage.  He became a father figure to four daughters, then became a grandpa to Gaby.  With marriage his immediate family grew with a dozen brother/sister in-laws, nephews and nieces, all gravitating to his kind nature.  He loved music, trying to learn to play the harmonica (as mom did), congas, guitar and the piano.  He was a fan of his musician nephews, Al, Jr. and Michael Velasquez, attending most of their music gigs that he could.  He loved to sing, at times singing spontaneously when asked. He had a beautiful voice for Mexican ballads.  He loved to dance, and earned his dancer reputation during the disco era.  Ricardo loved to host grand parties, which he saw as opportunities to bring family together.  He had a big heart, always helping people, thus his dedication in working as a counselor for the CA Department of Rehabilitation, at times bemoaning he had retired too early.  He enjoyed the potluck, turned karaoke, gatherings with his ‘Rehaber’ co-worker friends.  He enjoyed going to happy hour at different venues, going on cruises with the Sea Cruise Gang, and escaping frequently to Cabo San Lucas or Las Vegas with his Corazoni.

To live in hearts we leave behind is not to die.   Thomas Campbell

Family and friends are invited to a Celebration of Life Service on May 2, 2019, Thursday, at Santa Clara Church in Oxnard.  A Rosary will begin at 9:30 a.m. followed by a Funeral Mass at 10:00 a.m.  Interment at Santa Clara Cemetery.

Ricardo was passionate in supporting charities to help the less fortunate.  In lieu of flowers, please consider a donation to the Catholic Charities Ventura County (www.catholiccharitiessvc.org).

To order memorial trees or send flowers to the family in memory of Ricardo Rivera Ramirez, please visit our flower store.