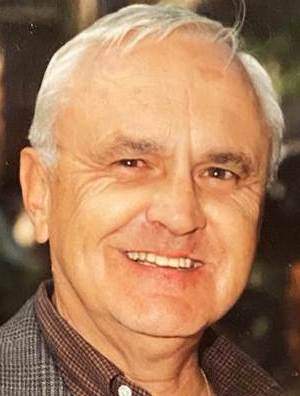 Richard James Tushla passed on to the next, final, heavenly destination on July 24, 2021. Dick was born on January 24, 1941 in Auburn, Nebraska to Ruth and Francis Tushla M.D. He grew up in Southeast Nebraska excelling on and off the field as a star athlete and student. He attended the University of Notre Dame where he made life-long friends with Thomas Vecchione and David Stegman. He played multiple sports in college and is the only Notre Dame baseball player in history with a career 1.000 batting average and an earned run average of 1.8. On August 6, 1966, he married Constance Rose Bernard and shortly thereafter graduated with a Medical Degree from the University of Nebraska. Following an Internship in San Jose, Residency in Ventura and 3 years of service in Europe with the U.S. Army, Connie and Dick planted roots in Santa Paula in 1973. Dick followed in his father’s footsteps and became a small-town family physician joining up with the likes of such characters as Al Peterson, David Stegman, Bill Ekman, Gus Iwasiuk and Larry Schrock among many others. The practice of medicine evolved over the years but Doc’s unwavering focus on the patient never did. He eventually opened up his own private practice (Westside Family Practice) with Dr. Stegman and teamed up with his nephew, Dr. Mike Tushla, several years later. He was the consummate “patient’s doctor” and he relished the opportunity to help another person in need. Like his good pal, Larry Schrock, he lovingly and faithfully served many Ventura County communities in a variety of capacities: family doctor, emergency room physician, surgeon, gynecologist delivering babies, and also conducted physical exams for Santa Paula High School and St. Thomas Aquinas students. He had his own radio show and served as the local medical expert on Ventura County’s only television news station. He was a deeply faithful Catholic and was passionate about family, history, travel, classical music, making people laugh and golf. If you played 18 holes with the self-proclaimed “Salieri of Saticoy”, you would be guaranteed to hear a myriad of jokes and witness his disdain of slow play. Doc joins his parents, his older brother Terry and sister-in-law Patricia in heaven. His legacy lives on with his wife, Connie, daughter Jennifer, son Todd (Mieke), sister-in-law Teresa Tushla, sister Carol (John) Samson and brother Denny Tushla. He has two grandchildren (Julia Eva Rose Tushla and Justin Richard Tushla) and too many nieces / nephews and other relatives to count on 10 hands. A heart-felt “Thank You” to Community Memorial Hospital and the ICU Nurses, notably Darlene Richards for her extraordinary compassionate care at the time of Dick’s passing. Thank you to the following physicians for their day-to-day support during the last few weeks of Dick’s earthly journey: Michael Tushla, Gus Iwasiuk, Evan Slater and Cary Alberstone. A rosary prayer service will be on Friday August 6 at 4:00 p.m. and the Catholic funeral mass will be on Saturday August 7 at 10:00 a.m. Both events will be held at St. Sebastian Church in Santa Paula, CA. In lieu of flowers, please send donations to the Santa Clara Valley Boys and Girls Club. Today, take a moment to help someone in need. You’ll be making the world a better place and doing your own part to honor the legacy of Dr. Richard James Tushla.
To order memorial trees or send flowers to the family in memory of Richard Tushla, please visit our flower store.