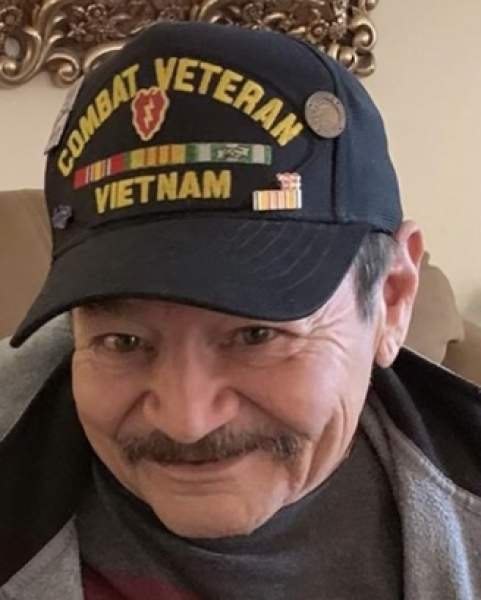 Robert Susano Lopez, age 74, passed away peacefully at his home in Arvin, CA on June 30, 2021. He was born on May 1, 1947 to the late Bennie Lopez and Concha Lopez, and preceded in death by his brother, Arthur Lopez, and nephew, Joey Lopez. Robert is survived by his wife, Connie Lopez, daughters, Lynn Lopez Godinez (Arturo) and Nicole Lopez DeLeon (Rick), sons Robert Lopez Jr. and Paul Lopez, grandsons, Alex Godinez, Aaron Godinez, and Pace DeLeon, granddaughter, Marissa DeLeon, brothers, Benny Lopez (Denise) and Jeff Lopez, and sister, Jeanette Lopez Aceves (Leon). Robert was a very proud, loving, and caring man, who would go out of his way to help anyone. He loved bringing the family together by organizing family reunions, having BBQ’s, and had a contagious laugh that would make you laugh with him. He was a loving son, husband, father, grandfather, brother, uncle, and friend, and was a great Nino to all of his godchildren. He loved his oldies, loved to dance, and loved trips to Las Vegas, where luck was always on his side. Robert served honorably in the United States Army, 25th Infantry Division from 1967 to 1969, and fought in the Vietnam War, earning the Bronze Star, National Defense Service Medal, Vietnam Service Medal, Vietnam Campaign Medal, Good Conduct Medal, and Rifle Sharp Shooter Badge during his service. After being honorably discharged from the Army, Robert would support numerous veteran groups throughout his life as a proud Vietnam War veteran. A longtime resident of Moorpark for over 50 years, Robert graduated from Moorpark Memorial Union High School in 1966, and earned an associate’s degree from Moorpark College in 1977. Highly involved in his community, Robert was elected to the Moorpark Memorial Union High School District Board in 1971, where he served one term. He would go on to work on a number of campaigns in support for local city council and school board candidates. A two-sport athlete in high school in football and track & field, Robert had a huge love for sports, especially running. It wasn’t uncommon to see him running all over Moorpark, or volunteering his time coaching track for the SECO/Moorpark Striders Youth Track Club, the Moorpark High School track team, and for his son, Robert Jr. at La Reina High School. Robert also never lost his love for football, as you could always catch him at Friday night Moorpark High School football games, or watching his favorite college football team play, the USC Trojans! After working a number of years in hazardous waste management, Robert retired to Arvin, CA, where he enjoyed spending time with family and friends, and continued to support veteran groups, youth sports, and his church.
To order memorial trees or send flowers to the family in memory of Robert Susano Lopez, please visit our flower store.

The Celebration of Life Service will begin at 7pm

Burial will follow at 1:15pm located at Bakersfield National Cemetery