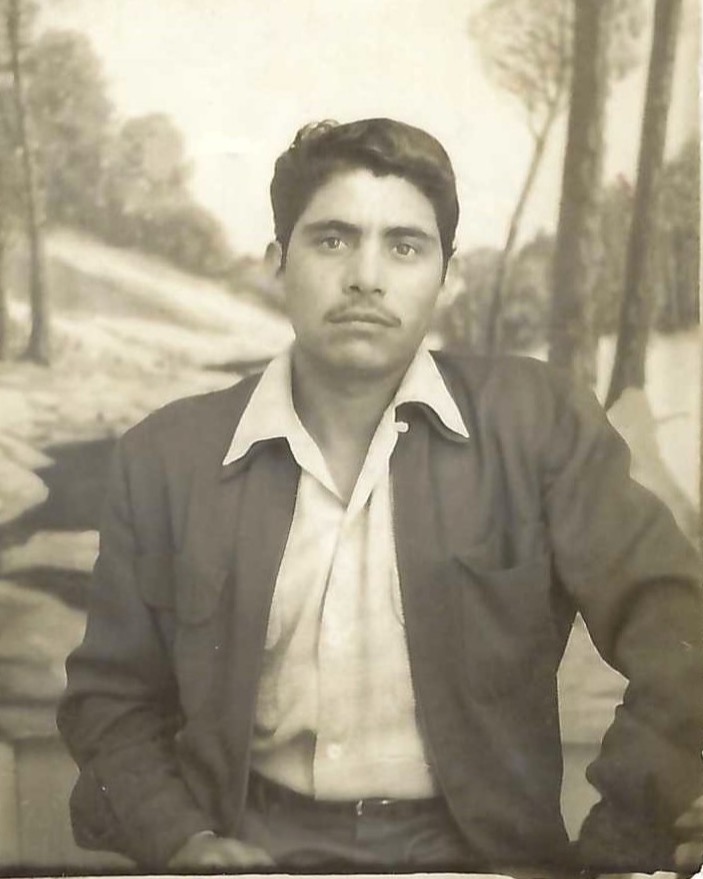 Roberto Gonzales was born on July 15, 1933 in Moorpark, CA. He passed away peacefully at age 89 on Wednesday October 19, 2022. He was one of 8 children born to Adolio and Eufemia Gonzalez in Tamaulipas, Mexico.  He immigrated to the United States in the early 40’s taking on various jobs until landing a position with Larwin Construction in Simi Valley, California.  He worked there until his retirement, 25 years later.  After retiring, he developed a passion for gardening.  His friends and family enjoyed the fruits of his labor until his passing. He is survived by his wife of 66 years, Julia Hinojosa Gonzales, his children, Leticia (Luis) Lozano, Chema Gonzalez, Roxanne Scharf, Robert Jr. (Carmen), 3 grandchildren, 2 brothers, and 3 sisters.

Service will be held on Friday, November 11 at 10:00 a.m. at Holy Cross Church in Moorpark.

Memorial donations can be made in his name to: Catholic Charities, 612 Spring Road Ste 101, Moorpark, CA 93021 (Memo: Moorpark only)

To order memorial trees or send flowers to the family in memory of Roberto Gonzales, please visit our flower store.