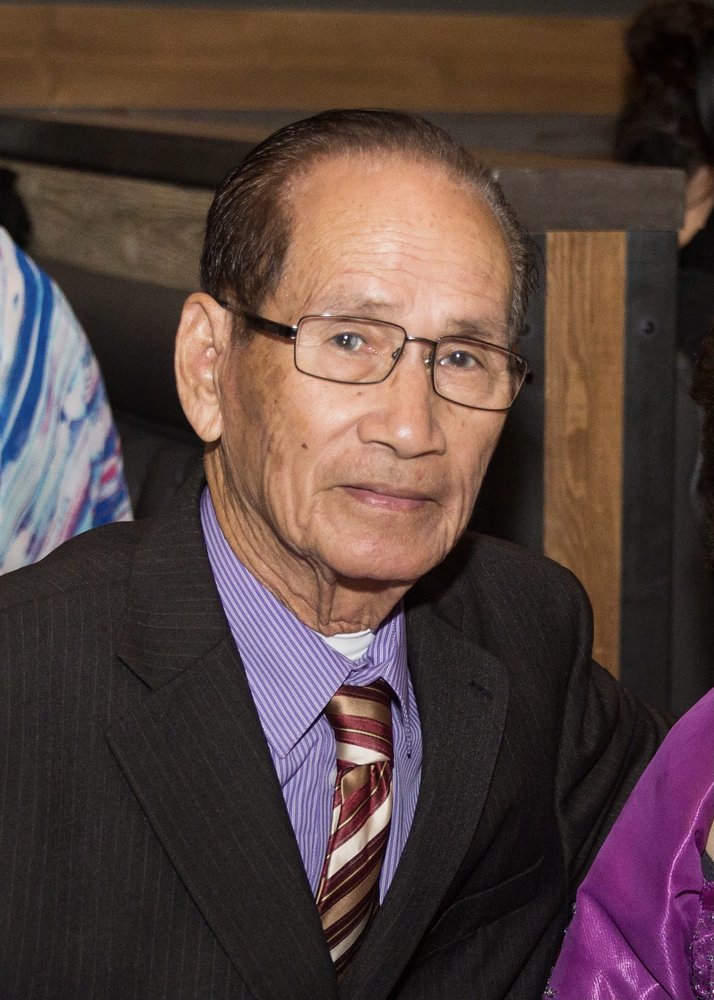 “Romeo Tanega Lubag Sr., our beloved “Tatay,” passed on the morning of Thursday, December 3, 2020. He went peacefully at home surrounded by his wife, daughters and loved ones. He was 90 years old. Romeo was born in Naic Cavite, Philippines on September 10, 1930. His parents were Placido Villanueva Lubag and Margarita Alaman Tanega. He was the fourth youngest of 9 siblings. He married Zenaida Lubag on December 27, 1962 and since then they have been inseparable for nearly 58 years. In July of 1979 he moved to Oxnard, CA where he lived with his loving wife and 5 children well through his golden years. He spent his life entirely dedicated to his family. Romeo was known for enjoying his favorite hobbies like gardening, cooking and fishing. His love for fishing came naturally and he thrived at the local beach and pier where he would go almost daily. Romeo also spent much of his time helping his children with their own growing families. He was a busy and adoring grandfather of 13. Romeo is survived by his wife Zenaida, his children, Rey, Rowena, Roger, Romeo Jr. and Roselle, their spouses, 13 grandchildren and 8 great grandchildren. His abundant life and the endless memories will be cherished by his family forever. Romeo will be laid to rest at Conejo Mountain Memorial Park. A small service will be held with close family.”
To order memorial trees or send flowers to the family in memory of Romeo Tanega Lubag Sr., please visit our flower store.