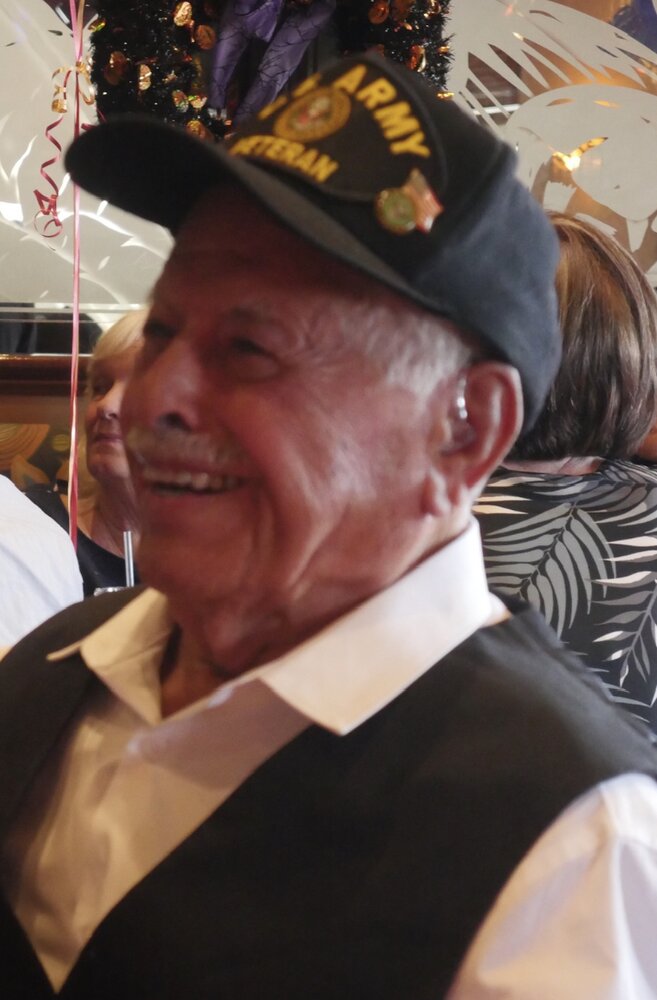 Salvador Mendoza was born on Dec. 23. 1919 in El Paso, Texas. It was in 1920 that his family moved to the Oxnard area. Growing up here he attended Woodrow Wilson Elementary & Oxnard High School. He served in the US Army and returned to Oxnard after his discharge where he worked at various jobs. He worked at and retired from Allis-Chalmers after 39 years of employment at age 63. In his spare time he enjoyed playing checkers, shooting pool, boxing, playing baseball, exercising and going on family picnics. It was not too long after returning to Oxnard from the Army that he met and married the love of his life Candelaria Estrada (deceased May 10, 1989) and they had 5 kids: Stella Rakestraw, Socorro Torrence, Salvador Jr, John & (Stevie deceased 2011). He enjoyed his 7 grand kids (Keith, Renee, Ken, Darroll, Andy, Alex, & Stefanie & his 9 great grand kids (Alexiss, Maddison, Alex, Jantz, Dani, Trent, Noah, & Cameron (Nathan deceased). His deceased brothers are Loterio Ambrose, Dolores, Waldo, and sister Stella.
To order memorial trees or send flowers to the family in memory of Salvador Mendoza, please visit our flower store.