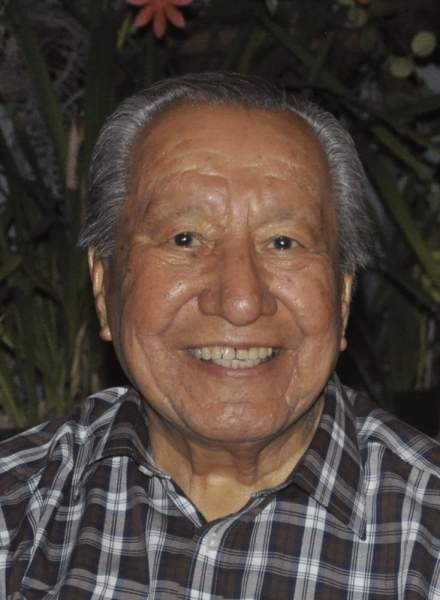 Tony S. Roman, 87, passed away peacefully at home on June 23, 2018 after a long illness.  Tony was born in Oxnard and was a lifetime Ventura County resident.  In 1950 he met the love of his life, Carmen Torres from Santa Barbara, and they were married in 1953. He leaves his wife of 65 years, Carmen, and children Mary, Dottie Sterling (Steve), Anthony (Debby), David (Drew) and Nancy Lee (Jon) along with grandchildren Jenny, Jordan, Jocelyn, Emily, Toni, AJ, Joe, Rocky, Jacob, Rachel, Evan and Corey and great grandchildren Presh, Destiny, Chloe, Perry and Beau and nieces, nephews, cousins and many friends.

Tony served in the Army and was a Korean War veteran.  Tony’s lifelong passion was upholstery.  In 1958 he opened his own upholstery shop, Stylecraft Upholstery on Oxnard Blvd.  In August 1962 he began his civil service career at Point Mugu in the PW shop as the first upholsterer on base.  In addition to upholstering furniture, vehicles, jets, equipment covers, special event stages, etc. he also did repairs on the Air Force One plane of President Ronald Reagan.  While at Point Mugu he expanded his career and taught upholstery in the evening through the Oxnard Adult Education for 34 years. Tony retired in January 1994 from Point Mugu with 32 years of service, in November 2011 at the age of 80 he retired from teaching.  Throughout his career he met many people and made lifelong friends.

Tony loved traveling with Carmen and his family especially his yearly camping trips to Yosemite and Sequoia National Parks.  Later he and Carmen traveled to where his children lived for frequent visits and to see the sights.  He repeatedly said he was proud of his children and grandchildren.  He also loved to attend mariachi concerts and travel to Laughlin with Carmen whenever they had the chance.  Tony was known for his story telling, give him a Bud and you could sit with him for hours.  He welcomed everyone and was happy to see old friends.  Tony loved his compadres and cherished his memories with each one.  He was a kind man that everyone has only good things to say about him, he will be missed.

He is preceded in death by his parents Luz Roman and Louisa Roman Rodriguez and siblings Estella Paez, Sally Poland, Consuelo Roman and Carlos Roman.

To order memorial trees or send flowers to the family in memory of Tony Roman, please visit our flower store.